The Samsung Galaxy Z Flip was launched in a Samsung’s unpacked event in San Francisco on Tuesday. The South Korean giant launched Z Flip along with Galaxy S 20 series. The Z Flip is the company’s second foldable smartphone after the Samsung Galaxy fold. The device features Ultra-Thin Glass (UTG) and as the company calls it Infinity Flex display. The device also features a Flex mode.

The Flex mode is something that Samsung worked with Google to achieve- giving certain apps a different split-screen mode when the display is partially folded. The company also said that it will give buyers access to YouTube Premium. The device looks similar as we reported earlier.

Talking about the external display the device has a 1.1- inch super AMOLED panel which comes with 112 x 300 pixels resolution.

The smartphone is powered by Snapdragon 855+ SoC and coupled with 8GB of RAM. It has a UFS 3.0 256GB storage and it does not support external microSD cards.

The phone maker claims that the rear camera is capable of recording HDR 10+ videos. On the front, it features a 10 MP selfie camera with f/2.4 aperture.

The device comes with One UI 2 and runs on Android 10 out of the box. To keeps the light on it has a 3300mAh battery. It weighs 183 grams and comes with a single, mono speaker.

The device comes with a Flex mode UI built-in collaboration with Google as mentioned earlier. The mode splits the main foldable display into two 4-inch screens.

The feature is enabled by the “Hideway Hinge”. The Hinge also lets you hold the device at multiple angles. The hinge comes with ‘dual CAM mechanism’ and features ‘sweeper’ tech made which are made up of nylon fibers to protect it from dust and dirt.

As the hinge is a crucial part of the device, the company has rated the hinge and display to be able to open and close 200,000 times.

Additionally, users will also be able to capture selfies by resting the Z Flip, partially folded on the surface. The outer 1.1-inch display will show notifications. Other features include Samsung Pay, Samsung Health, Samsung Knox and more. 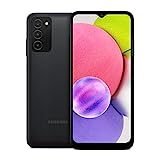