Samsung Galaxy Tab S7 FE and Galaxy Tab A7 Lite are the new launches; in the Android Tablet market from India. The tablet duos were already launched in European countries in May. Samsung has announced these tablets at a mid-range and budget pricing. The internals of the Tab S7 FE features the Snapdragon 700 series processor. Whereas, the Tab A7 Lite is more of a budget-oriented tablet with a similar but a toned version of Tab A7.

Apart from these, the Tab S7 FE launched in India is an LTE version but the European markets feature the 5G variant. Some of the similarities of these tablets include the rear camera setup which is an 8-megapixel on both tablets. The tablet market all over the world is growing significantly and these tablets should cater good amount of sales around the world.

Samsung Galaxy Tab S7 FE sports a 12.4-inch WQXGA TFT with a resolution of 2560 x 1600 pixels. An Octa-core Snapdragon 750G SoC with two cores clocked at 2.2GHz and six cores clocked at 1.8GHz powers the Tab S7 FE. The storage provided on the device is up to 6GB RAM and up to 128GB onboard storage.

The storage has support for expandable storage of up to 1TB with a MicroSD card. The tablet runs on Android 11 with Samsung’s One UI skin on top. The camera setup is an 8-megapixel sensor on the back and a 5-megapixel shooter at the front for selfies and video calling. Besides, the connectivity options are LTE, Wi-Fi 5, Bluetooth v5.0, GPS, and a USB Type-C 3.2 Gen1 port. 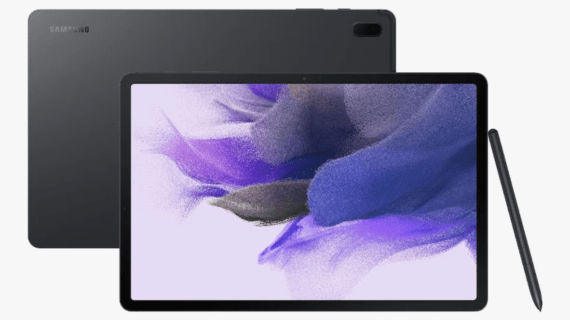 The Tab S7 FE has a plethora of sensors on board such as an accelerometer, compass, gyroscope, ambient light sensor, and a hall sensor. The device even has dual stereo speakers tuned by AKG that support Dolby Atmos. Furthermore, the battery capacity of the Tab S7 FE is a 10,090mAh cell with a 45W Super Fast Charging support.

The storage options are 3GB of RAM and 32GB of internal storage with expandable storage of up to 1TB using a microSD card. Besides, the device runs on the Android 11 operating system with Samsung One UI skin on top. 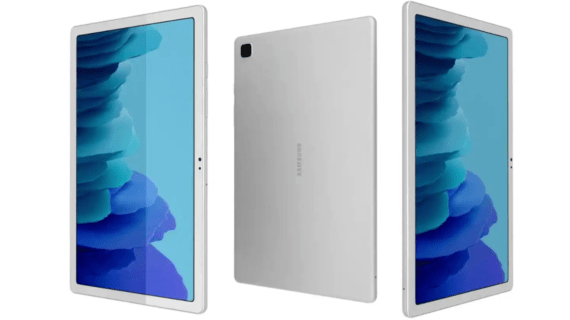 The camera module is an 8-megapixel sensor on the rear and a 2-megapixel shooter at the front for selfies and video calling. Furthermore, the connectivity options are LTE (optional), Wi-Fi, Bluetooth v5.0, GPS, 3.5mm headphone jack, and a USB Type-C port. The sensors provided on the device are an accelerometer, compass, and ambient light sensor. The device has stereo speakers and the battery capacity is 5,100mAh with 15W fast charging support.

The Tab A7 Lite with LTE support starts at Rs. 14,999 for the 3GB RAM and 32GB storage. The Wi-Fi-only variant comes for a price tag of Rs. 11,999. The color options are Grey and Silver variants. Both the tablets from Samsung are scheduled for sale from June 23 at Samsung.com, Samsung Exclusive Stores, and retail offline partners in India.