Samsung has announced the Exynos version of Galaxy A12 in India with the same design but with upgraded internals. The Korean manufacturer has previously announced the A12 smartphone in February with a MediaTek chipset. Now, the company has used its own home-developed chipset called Exynos 850 chipset on the Galaxy A12. The design of the device is a typical smartphone from Samsung.

Also, the device was even launched in Russia but with a different name called Galaxy A12 Nacho. Samsung is competing with brands like Realme, Redmi, and Poco at this price point in India. They offer even better specifications at the same price as Galaxy A12.

The connectivity options of the Galaxy A12 include 4G LTE, Wi-Fi 802.11 b/g/n, Bluetooth v5; GPS/ A-GPS, NFC, USB Type-C, and a 3.5mm headphone jack. Also, the sensors array of the device features an accelerometer, ambient light, proximity sensor, and a side-mounted fingerprint sensor.

The battery capacity of the Galaxy A12 is of a 5000mAh cell that supports 15W fast charging out-of-the-box.

The 4GB RAM and 64GB storage version of the Samsung Galaxy A12 starts at Rs. 13,999. Besides, the 6GB RAM and 128GB storage model comes at a price tag of Rs. 16,499. Also, the color options provided by Samsung are Black, Blue, and White. The device is already available for purchase and can grab the device from Samsung’s official website and other offline retail stores in India. 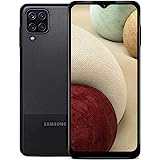 The Next Android Version Android O may be called Octopus