After the success of Mi Band 3, Xiaomi is planning to launch its successor. This will obviously be called the Mi Band 4. And reports suggest that Mi Band 4 will be even more feature-packed than the Band 3, its predecessor. 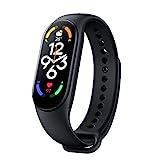 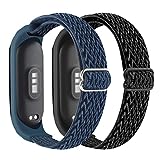 Mi Band 4 from Xiaomi to feature an RGB display: Report

Xiaomi’s next Mi Band, the Mi Band 4, is expected to release as early as April this year. Also, the Xiaomi Mi Band 4 is reported to feature an RGB display this time around. Until last year, the Mi Band series featured an OLED panel but it had a grayscale display.

Also Read: Apple Watch 4 vs Samsung Galaxy Watch; Which Smartwatch Should you Buy in 2019

On top of that, Mi Band 4 will come with Bluetooth 5.0 which will be an upgrade from Bluetooth 4.2 on the Mi Band 3. Also, Mi Band 4 is reported to have an ECG sensor similar to the latest Apple Watch.

However, there is no confirmed detail regarding the same as of now. One major change expected with the Mi Band 4 will also be its display. Last year, we saw that the Mi Band 3 came with an upgraded OLED display with 2.5D curved glass. This year, Mi Band 4 should have the same display but it will have RGB support.