Under the HMD Global company, the famous mobile phone brand Nokia has announced two new devices in India. Nokia G11 Plus arrives as a new budget smartphone from the brand featuring a dual-cameras on the rear and a fingerprint sensor. The brand has also brought a new LTE tablet alongside the new G-series smartphone.

The G11 Plus smartphone and the T10 LTE tablet have been launched as affordable offerings with entry-level specifications and decent build quality. The highlighted features in the launch event are the G-series smartphone’s 3-days battery life and 90Hz refresh rate.

The Nokia T10 tablet debuted early this year and will now include support for 4G and Wi-Fi. Let’s dive into the specifications, pricing, and availability of the Nokia G11 Plus and T10.

The camera modules present on the smartphone feature a dual camera setup featuring a primary 50-megapixel with f/1.8 aperture. The secondary camera setup includes a 2-megapixel depth sensor that aids in taking portrait shots. On the other hand, the front-facing camera comprised of the water-drop notch features an 8-megapixel sensor.

The connectivity options provided on the smartphone include LTE, Dual-Band Wi-Fi, Bluetooth 5.0, GPS, FM Radio, a 3.5mm headphone jack, and a USB Type-C port. Subsequently, Nokia has included the required sensors, such as a rear-mounted fingerprint scanner, accelerometer, and proximity. The battery pack on the G11 Plus has a 5000 mAh Li-Ion cell that supports regular charging speeds.

The tablet’s rear camera comes with a single 8-megapixel with LED Flash and a 2-megapixel front-facing camera. On the media front, Nokia has provided the tablet with stereo speakers. These stereo speakers provide an immersive experience during movie and video call sessions.

Also Read: How to Stop Flash Messages on Android Smartphones

The smartphone is available on the official Nokia India website and partner e-commerce platforms across India to purchase. However, the brand will begin selling the Nokia T10 tablet on October 17 across India on Nokia’s official website and other authorized official retail stores. 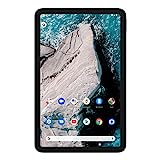 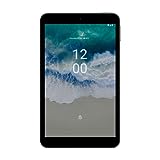