Linux is the most secure operating system in the world which is free from viruses and malware which you usually get effected on your windows machine. If you are an engineering student then you might be searching for a guide to Install Linux on Windows and the reasons may be many. You may have heard about the features of the Linux Operating System from your techie friends or you might want to give it a try. But many of the first time users who try to install Linux on Windows machines loss all the data on their hard disk by installing Linux and some while trying it out as techie have no prior experience in installing linux but this guide won’t erase your hard disk. So if you are also looking for a detailed guide on “How to Install LINUX on Windows computers” then your search might probably end right here. 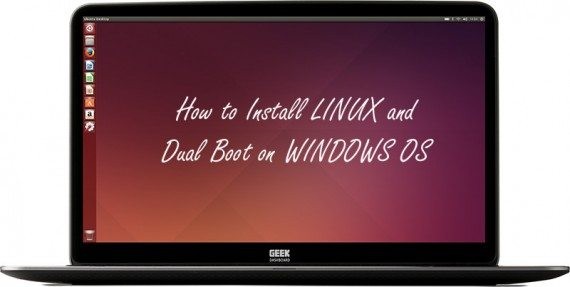 So if you decided to Install Linux on your computer then you might want to try and feel the Linux operating system to know whether you are comfortable with the OS or not and for that you can follow a few methods which we will list down in this article. Most of the Windows applications which you use might not be available on Linux but you can use third party applications to run windows applications on Linux. In this guide on “How to Install Linux on Windows” we are listing some of the methods to run Linux without the need of installing it on your computer and a method to install Linux alongside windows so that you can boot into your favorite operating system according to your needs.

How to Run Linux on Windows without Installation ?

We mentioned a few points which make you to run Linux before installing it on your computer. If you are also looking to test drive Linux before installing on windows we will show you some methods which will help you run Linux on windows without effecting your windows installation. If you want to perform real time things on your Linux machine then we recommend you to install Linux on windows rather than running it virtually as it may limit the opportunities.

One of the most popular method to get hands on experience with linux without the need of installing it is via Live CD which you might heard off. But it doesn’t restricts to CD itself you can perform the same operation via USB Drive without burning a CD. 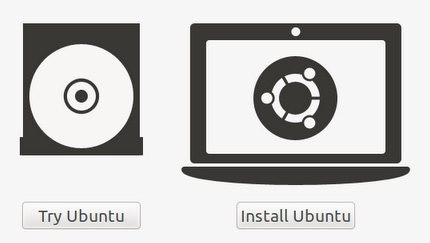 To start the procedure first you need to download latest version of Ubuntu which is an ISO image and varies around 650 MB. You can burn the image onto an empty CD. Incase if you don’t have one handy then you can follow simple steps to burn the image to USB Drive. For that you can use UNetbootin which will help you in burning the image to your USB drive. After successful burning of the image, re-insert the USB drive and reboot your computer. 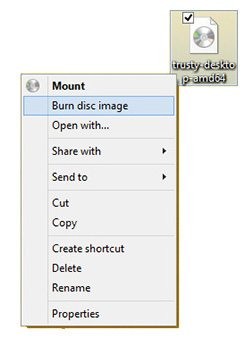 Most probably your computer will boot into Ubuntu otherwise you need to get into BIOS settings and you need to change boot sequence. You can try playing Ubuntu on your device without installing it. All the changes you will make during the time you are trying the Linux on Windows won’t be saved.
Also Read: How to Install Windows 7 Using USB Pen Drive

The above method to run Linux on windows may sound geeky and you might search for any simple solution to run Linux on windows. To all those people here is the good news, You can Run Linux on windows like a windows application. It is similar to installing application on your computer.
To help you in the process there is an application named “Wubi” which is short form windows based Ubuntu installer which will help you install Ubuntu Linux alongside other windows applications. All you need is run the installer and set a password and the Installer will do the rest.
During the process it might download the ISO from the internet and in case if you have downloaded the ISO image earlier then all you need is just place the image on the Wubi folder and That’s it. After installing the application you can reboot your computer and it will offer you a choice whether to boot into Linux or Windows. If you want to remove linux all you need is to reboot into windows and remove the application.

Now if you are familiar with the Linux Operating System and if you are thinking to use it on your windows machine. Then you can follow below procedure to Install Linux alongside Windows without effecting the windows partition so that files on your Windows OS are safe.

How to Install LINUX on Windows

That’s it you have successfully installed Linux on Windows by following our guide on “How to Install LINUX on Windows computers“. Incase if you have any queries do leave your comments so that we can help you out.