In recent times, HTC has lessened the production of smartphones and didn’t bring many devices to the market. This smartphone from the manufacturer is for a budget-centric user. This has a basic set of specifications on board.

The manufacturer has slowed down its pace since the year 2018. In the meanwhile, other Chinese brands started dominating the mobile market with affordable prices and good specs. To this day, many HTC fans are waiting for a good comeback device that has capable specifications on board.  There is a chance for the brand to cope up and bring smartphones that can impress the fanboys of HTC across the globe. 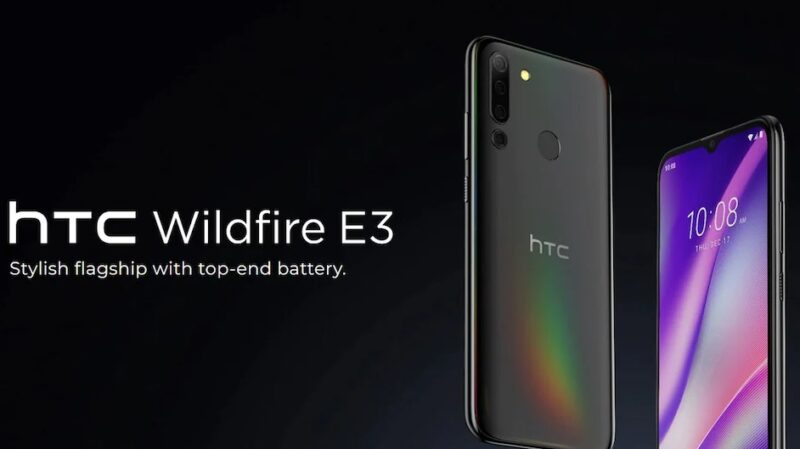 The Wildfire E3 sports a 6.5-inch HD+ – 720 x 1,560 pixels IPS display with a screen-to-body ratio of 88 percent. A MediaTek Helio P22 (MT6762) powers the device coupled with 4GB of RAM. The internal storage is 64/128GB with an expandable memory of up to 128GB. The device runs on the Android 10 Operating system and has a fingerprint sensor on the back of the smartphone.

Coming to the camera department, the Wildfire E3 features a quad-camera setup. The setup comprises a 13-megapixel primary sensor with an f/2.0 lens. A secondary 8-megapixel ultra-wide angle sensor with f/2.2 lens.

A duo of 2-megapixel macro and depth sensors with f/2.4 aperture. Besides, the water-drop notch of the display has a 13-megapixel sensor. It has an f/2.2 aperture and is used for selfies and video calls. 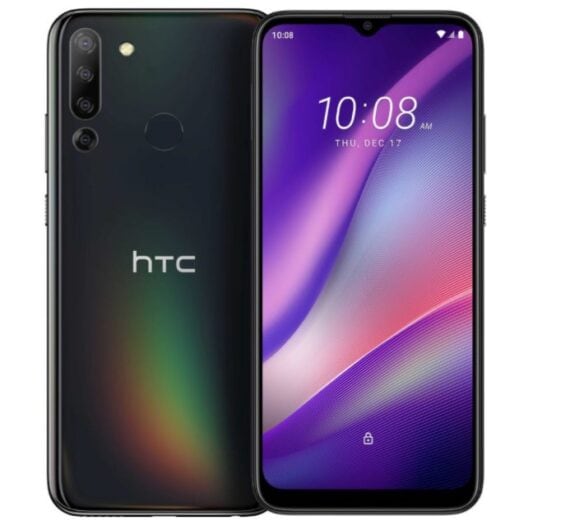 The other necessary connectivity options are dual-band Wi-Fi, 4G, Bluetooth 4.2, GPS, 3.5mm headphone jack. Besides, it has all the basic sensors such as ambient light sensor, proximity sensor, accelerometer, e-compass.

The pricing of the HTC Wildfire E3 has not yet been announced officially. But, as per some reports from Gizmochina, the price of this smartphone starts from EUR 150 which is Rs. 13,000 approx. in India. The color options are Blue and Black.

The variants that Wildfire E3 is available in are 4GB RAM and 64GB storage, 4GB RAM, and 128GB of storage. There is no word on the international availability for the HTC Wildfire E3 as of now.