Honor has finally launched their much-awaited smartphone. This smartphone is the latest from Honor in V series. Honor V20, the successor to Honor V10 has been launched now. Now, we have already heard various rumors regarding the Honor V20. Honor, Huawei’s subsidiary company, even introduced the smartphone officially earlier this year. Now, there are various unique features included in the Honor V20 or View 20. First of these unique features is an in-display front camera. Also, the Honor V20 becomes the first smartphone to feature a 48-megapixel camera on the back. 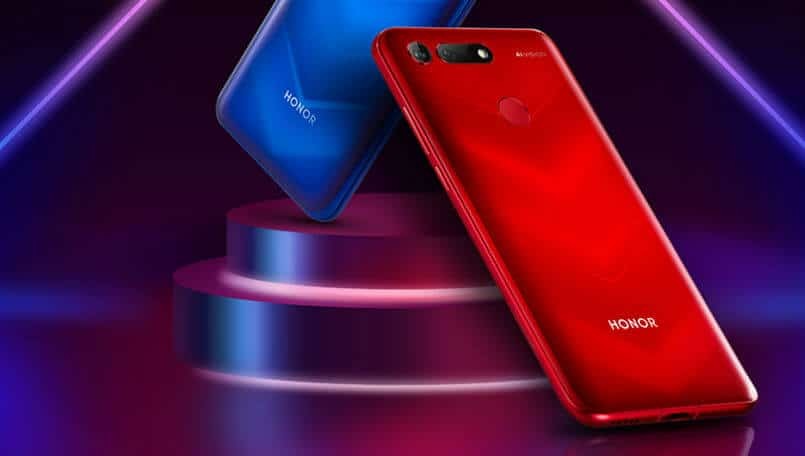 Honor V20, also called as View 20 in India, is finally launched by Huawei Honor. The smartphone has an all-new technology known as an in-display front camera. Basically, you have almost zero bezels on this smartphone and the notch where the front camera usually rests is gone. Instead of the notch, the front camera now sits beneath the display. This is similar to the Samsung Galaxy A8s‘ Infinity-O display.

The specifications of this smartphone from Honor are impressive too. The Honor V20’s display is a 6.4-inch full-HD+ at a resolution of 1080×2310 pixels TFT LCD display. This display is called as ‘Hole-Punch’ display has a 19.5:9 aspect ratio.

On the inside, we have a Kirin 980 SoC made by HiSilicon and Huawei in-house. Along with that, the Honor V20 comes in 6GB and 8GB RAM options. There are 128 and 256GB internal storage options too with no support for microSD storage expansion.

On the back of Honor V20, there is a dual camera setup. Here, the primary sensor is a 48MP one whereas there is a 3D TOF (time of flight) sensor for capturing the depth of image. This 3D camera can be used to create a 3D avatar of users and even slim down subjects. There is a 25 MP front camera, beneath the display, on the Honor V20 too. The device has a 4000 mAh non-removable battery, which supports fast charging as well. There is an extra feature on the Honor V20 known as Link Turbo. With this feature, Honor V20 can switch from Data and WiFi seamlessly for a better browsing experience.