The G16 and G15 laptops from Dell sport 16-inch and 15-inch displays, respectively, in two different versions. The G16 comes with a QHD+ display featuring 165Hz and 240Hz screen refresh rate options. On the other hand, the G15 arrives with FHD resolution supporting either 120Hz or 165Hz high-refresh-rate support with 300 nits of peak brightness.

Under the hood, the up-to-13th-gen Intel Core i9 processor powers the laptops paired with up to 32GB of DDR5 RAM and up to 2TB of PCle storage. On the GPU front, Dell has provided the G-series with an Nvidia GeForce RTX graphics card. The connectivity options on the G-series include Bluetooth, WiFi 6, and RTX Ethernet port.

Under the hood, the 13th-gen Intel Core processor pairs up with up to NVIDIA GeForce RTX 4090 graphics on the m18 and AMD Radeon graphics on the m16. The laptop features up to 64 GB of RAM and 9 TB of storage. The connectivity options include an FHD IR camera, WiFi 6E, and Bluetooth 5.2. Besides, the laptops come with Command Centre 6.0 for gaming and support Dolby Vision and Dolby Atmos.

The 13th-gen Intel Core processor in three different configurations of i3, i5, and i7 powers the laptops. The x-series are paired with up to NVIDIA GeForce RTX 4090 and 4060, respectively, with up to 32GB of RAM and up to 4TB of PCle SSD storage.

The connectivity options include an FHD IR camera, WiFi 6E, and Bluetooth 5.2. Besides, the laptops come with Command Centre 6.0 for gaming. The battery pack on the x16 comes with a 90Whr cell, and the x14 features an 80.5Whr cell.

Also Read
Gaming Mouse With Side Buttons: Top 8 Picks for Every Gamer 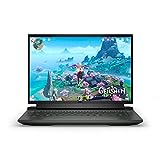 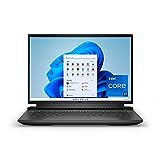