Asus VivoBook 13 Slate has launched in India, featuring an OLED display with Stylus support. Recently, Asus has launched its new flagship, Asus 8z with a compact form factor. The 13 Slate in the VivoBook series comes as a 2-in-1 device solution, working as a tablet and laptop. However, this new device from Asus comprises an Intel Pentium processor in two storage variants.

The new Asus VivoBook 13 Slate sports a 13.3-inch full-HD OLED touchscreen display with a screen resolution of 1920 × 1080 pixels. The display supports a peak brightness of up to 500 nits; along with the support to magnetically detach the keyboard.

Under the hood, an Intel Pentium Silver N6000 Chipset powers the device; coupled with up to 8 GB of LPDDR4X RAM and onboard storage of 256 GB.

The 2-in-1 device supports Dolby Atmos, Dolby Vision, and comes with the new Asus Pen 2.0 stylus along with a stylus holder. Moreover, the connectivity options on the VivoBook 13 include Wi-Fi 6 and Bluetooth 5.2 along with two USB 3.2 Gen 2 Type-C ports; a 3.5 mm headphone jack, and a micro SD card slot.

Besides, the 13 Slate in the VivoBook series features 13-megapixel primary and 5-megapixel secondary cameras.

The two storage configurations of the new 2-in-1 device from Asus include; 128 GB eMMC and M.2 NVMe 256 GB SSD. Moreover, the selected high-end models of the Slate 13 feature an inbuilt fingerprint sensor for secure unlocking.

The battery backup on the new device from Asus houses a 50Whr cell that supports nine hours of battery life on a single charge. Moreover, the VivoBook 13 Slate supports 65W fast charging.

Also Read: How to Install and Run Chrome OS Flex on Your Windows PC

The Asus VivoBook 13 Slate costs Rs. 45,990 for the base model of 4 GB RAM and 128 GB eMMC storage version. Whereas, the same storage version with an additional bundle of the fingerprint scanner, laptop sleeves, stand, and an Asus Pen 2.0 stylus with holder gets a price tag of Rs. 57,990.

The top-end storage version of the VivoBook 13 Slate, with 8 GB RAM and 256 GB of SSD storage. Along with the laptop sleeve, a stand, along with a stylus and holder; priced at Rs. 62,990. Besides, the 2-in-1 device arrives in a single color option and goes on sale; from March 3 on Amazon, Flipkart, and other authorized retail stores in India. 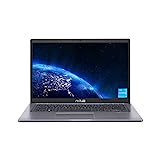