Amazfit has launched three new smartwatches in the Indian market namely GTS 3, GRT 3 Pro, and GTR 3. The smartwatches feature AMOLED displays and come with all the regular sports modes that are common.

Zepp’s Operating System on these new smartwatches is the most interesting factor about these new watches. This new custom OS from the company is said to optimize the performance of these latest watches from Amazfit.

The GTR 3 series from the brand features two smartwatches that are GTR 3 and GTR 3. The GTR 3 Pro sports a 1.45-inch AMOLED touch display along with a round dial. The display features a 331ppi pixel density and has HD resolution.

Besides, the regular GTR 3 smartwatch comes with a circular 1.39-inch AMOLED touch display with an HD resolution along with a pixel density of 326ppi.

The GTR 3 series of smartwatches have an anti-fingerprint coating and the displays have a peak brightness of up to 1,000nits. These duo smartwatches run on Zepp OS from Amazfit that has support for a few third-party applications. Some of the health tracking features on the GTR 3 series include heart rate monitoring, blood oxygen saturation (SpO2) monitoring, stress tracking, and sleep tracking.

Speaking of the sports modes, the GTR 3 series comes along with up to 150 modes; that includes the ability to automatically recognize eight sports modes. Also, these eight sports modes are outdoor running, indoor walking, walking, treadmill; outdoor cycling, rowing machine, elliptical, and pool swimming. The smartwatches come with a  water-resistant ability of up to 50 meters.

The GTS 3 smartwatch sports a 1.75-inch HD AMOLED touch display with a resolution of 390 x 450 pixels. The display comes with 341ppi pixel density, a peak brightness of up to 1000 nits, and has a single button layout. The smartwatch runs on the same Zepp-OS that is similarly found on the GTR series of smartwatches. Also, the watch comes with a water resistance rating of up to 5 ATMs.

The GTS 3 smartwatch has monitoring features like heart rate, blood oxygen saturation (SpO2), stress levels, and sleeping patterns. Furthermore, the GTS 3 features up to 150 sports modes; that includes the ability to automatically recognize eight sports modes. Some of the known sport modes on the smartwatch include outdoor running, indoor walking, walking, treadmill, and many more.

Besides, all of the newly launched smartwatches from Amazfit features sensors such as an accelerometer, gyroscope, geomagnetic sensor, barometric altimeter, ambient light, and temperature sensors.

Moreover, the connectivity options of these watches include Bluetooth v5.1 BLE.  GPS, GLONASS, Galileo, BDS, and QZSS. The battery backup of these smartwatches as per the manufacturer’s claims is for up to 12 – 21 days on a single charge.

Also Read: Gaming Mouse With Side Buttons: Top 8 Picks for Every Gamer

The Amazfit GTR 3 comes at a price tag of Rs. 13,999 whereas the GTR 3 Pro is priced at Rs. 18,999. The GTR 3 smartwatch flaunts in Thunder Black, Moonlight Grey and the Pro variant comes in Brown Leather and Infinite Black colors.

The GTS 3 smartwatch is priced at 13,999 and comes in three color options; Graphite black, Terra Rose, and Ivory White. The smartwatches are available to purchase on Amazon India with Rs. 1,000 off until October 22. 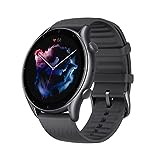 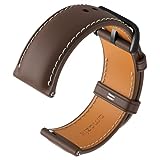