YouTube is the biggest video streaming service in the world. With more than 1 billion users around the globe, Google was offering the service entirely for free since its launch.

It is only in the last year; they decided to go as a freemium service. YouTube Red has come to the limelight as Google’s try to challenge the dominance of NetFlix and Hulu in the field of paid video streaming.

Even after a year, it doesn’t seem the scene favors YouTube. The Verge reported yesterday that YouTube Red has only 1.5 million customers.

The Truth About Low Subscription Rate of YouTube Red 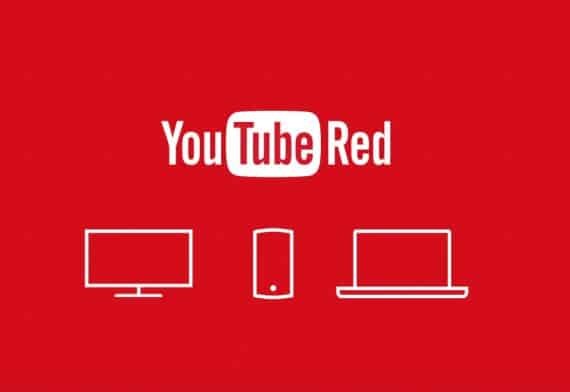 Some facts are favoring the slow growth of YouTube Red, though. The company made the service available in four countries only (US, Australia, Mexico and New Zealand). Even though it couldn’t challenge NetFlix, YouTube Red has managed to dominate over SlingTV, and CBS All Access.

Some content creators got featured on YouTube Red since its launch. They got massive growth in the number of subscribers. The company also claimed that Red users are the heavy YouTube users, and they watch YT videos on TV 75% more than the normal people.

Even after accepting their arguments, no one can justify the damn slow growth rate. According to Statista, YouTube has 167 million monthly active users in the US itself. (And, the Red subscribers in all four countries are 1.5 million only!)

With the launch of YouTube Music in the last November, they have become the biggest music streaming service too. They couldn’t convince people to subscribe for YouTube Red even if the access to music is limited to paid users.

Taking the trial users into consideration, YouTube Red has about 2.5 million subscribers, says the report published by The Verge.

The report also compares the growth rate of a relatively new streaming service named Tidal. Although the interface is a real menace, it has managed to get more than 2.1 million subscribers within the first year. (Of course, it had a worldwide release).

YouTube soon reacted to the amazement arose from the low subscription rate of their paid streaming service. An authentic person from the company said that they are quite happy with the growth rate. The engagement YouTube Red is receiving from all the three countries are overwhelming, he added.

YouTube hasn’t released any official statements on the number of Red Subscribers yet. And, they don’t want to comment on it. Still, the spoke person added the fact that they are going to invest more on the paid service based on the huge engagement the service keep on receiving.

By the end of this year, the company will release 20 dedicated series. They will have exclusive series and movies in 2017. The planning to include shows from Lionsgate and a couple of series produced by Doug Liman (The Edge of Tomorrow director) and Dwayne Johnson (The Rock indeed) are going on.

It is true that the growing rate is way too lower than expected. Still, YouTube isn’t ready to ditch their premium service in its very early age. Soon, they will release the service in more countries. And, we can expect many high-quality exclusive releases as well.