You have been seeing voice message feature on WhatsApp for quite some time now. Even when the company started revamping the whole platform with new features, the voice note facility remained untouched.

However, they made the first step to modifying the feature by introducing audio and video call switch in January this year. Then again we heard another report pointing to the possibility of allowing users to hear the message before they send it. Now, a new feature has come out with the ability to lock the voice recording.

You know how voice recording on WhatsApp works. When you have no time to type or your hands aren’t free, you will have to go with the voice notes. Nonetheless, you need to press and hold the mic button throughout the recording process.

The new update eliminates the inconvenience of the press and hold. WhatsApp Beta 2.18.102 includes a feature, using which you can continuously record. For that, you will have to swipe up to the lock icon after pressing the mic symbol. Once the locking happens, WhatsApp continues to record until you hit the send button. 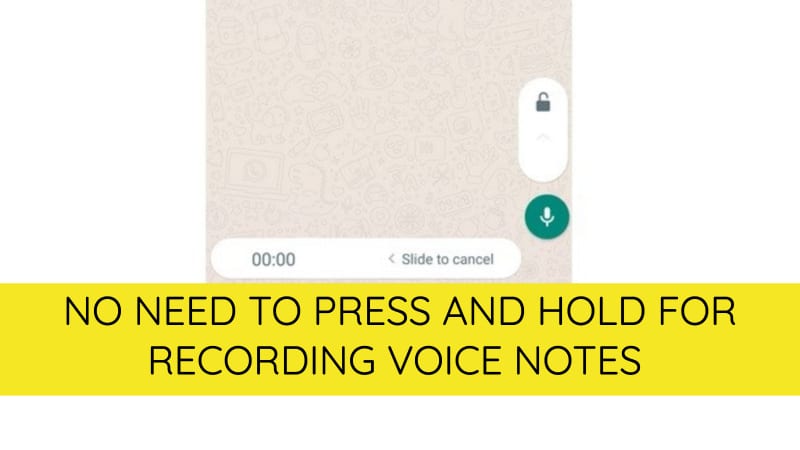 What if you don’t want to send but cancel? Well, sliding to the left end of the screen helps you do the same. Leaving the recording screen without hitting the send button also results in the same thing.

Also Read:- Smartphones in India are Running Out of Space because of WhatsApp Good Morning Messages

As a user, you know how the new feature becomes useful. Earlier, there is a possibility for us to accidentally release the button and resulting in the delivery of the message. Even now the same can happen in case you don’t lock the recording. Still, the feature is useful when you are busy doing anything.

If you still accidentally send the voice clip, not a problem. You can delete it using “Delete for Everyone” feature.

If you are on the receiver side and what to see deleted messages, then you should download WA Delete for Everyone. 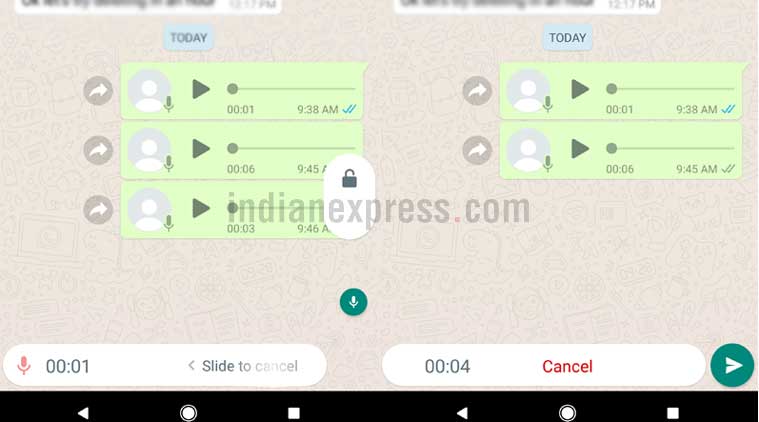 Do you want this feature on your phone? As you already read, it is only present in the beta version for now. You can sign up for the beta version of the WhatsApp listing from Play Store. Sometimes, due to a large number of beta testers, you may not be able to do that. In such instances, it is possible for you to sideload the application using an APK file.

What if you want to leave the beta program? Well, there is a leave option on the Play Store. When it comes to the people who sideloaded, they need to uninstall the app and install the regular version (using an APK file or from Play Store itself).