Xiaomi Book Air 13 is the newest compact laptop from the Chinese maker featuring an OLED display and 12th Generation Intel Chipset. The brand has announced its latest laptop alongside its new Redmi Note 12 Pro series of 5G smartphones. The main attractions of these latest smartphones from Redmi included the 210W fast charging and a 200MP primary camera.

Speaking of the Book Air 13 laptop, Xiaomi has announced this machine in two different variants. The two variants of the laptop feature an i5 and i7 chipsets. The highlighting factor about the Air 13 notebook is the ability to flip the screen to almost 360 degrees with the help of the provided hinge. Let’s look at the features, complete specifications, pricing, and availability of the Xiaomi Book Air 13.

The Book Air 13 laptop screen features a 13.3-inch E4 OLED touch display with a 2880 x 1800 pixel resolution. The machine’s display comes with an aspect ratio of 16:10 and a peak brightness of 600nits. Moreover, the brand has provided the screen with Dolby Vision and HDR 10+ support.

The screen has DC dimming against PWM and a 100% DCI-P3 color gamut. There’s Gorilla Glass 3 protection, and the display can flip up to 360 degrees using the unique hinge. The laptop comes in two different configurations, a Core i7-1250U CPU and one with an i5-1230U chipset. The keyboard provided on the laptop features backlit support for dim conditions and a fingerprint scanner for secure unlocking.

However, both configurations of the Book Air 13 come with 16GB of LPDDR5 5200MHz memory by default, along with 512GB PCIe 4.0 SSD. Furthermore, Xiaomi has included a vapor-cooling heat sink for heat dissipation during heavy workloads. The notebook weighs around 1.2kg and has thin dimensions of 12mm, making it one of the slimmest laptops on the market.

The laptop’s connectivity options include WiFi-6E and Bluetooth 5.2, two USB Type-C Thunderbolt 4 ports, and a 3.5mm headphone jack. On the other hand, the machine runs on the latest Windows 11 operating system out of the box. Lastly, the battery pack on the Air Book 13 arrives with a 58.3WHr cell that supports 65W charging.

The laptop comes in only a single-color option: White, and features thin bezels on display, giving it an elegant and premium look. There’s no official information from Xiaomi regarding the launch of the Book Air 13 outside of China. 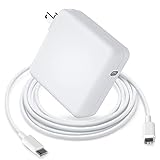 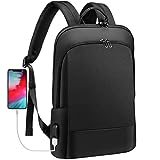