Xiaomi has just made new additions to its smartphone lineup in India. To be precise, the new smartphone is launched in the ‘Redmi by Xiaomi’ lineup. Talking about smartphones, they are the Redmi Y3 and Redmi 7. A few years back, Xiaomi launched its Redmi Y series which was supposed to have selfie-centric phones. On the other hand, the Redmi 7 is a budget version of the Redmi Note 7.

As with its reputation, the Redmi Y3 does come with an outstanding selfie camera, at least on paper. The device has a 32MP selfie camera at the front inside its notch. Redmi 7, on the other hand, is most similar to the Redmi Y3 apart from its processor, selfie camera and price. Xiaomi’s new smartphones start in India for a price of Rs. 7,999.

As far as the similarities between Redmi Y3 and Redmi 7 are concerned, there are a lot of them. In fact, the Redmi Y3 was expected to be a ‘Pro’ version of Redmi 7 before the launch took place. However, Xiaomi decided to separate them into two different lineups. For starters, we have a ‘Dot’ notch or waterdrop notch at the front on both the devices. There are dual rear cameras on both the smartphones too.

The battery on both these devices is also same, a 4000 mAh non-removable pack. You get micro USB on both the devices and no USB Type-C support. However, the real change is seen in the device’s camera. Redmi Y3 obviously has better cameras which are 12MP+2MP at the back and 32MP at the front. Although the Redmi 7 too has a 12MP+2MP at the rear,  its front camera is just an 8MP shooter. 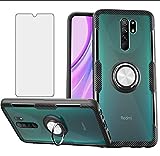 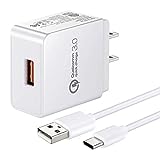