Xiaomi 11i Series has officially entered the Indian markets where the series features two new handsets; the regular 11i and 11i HyperCharge.

The main USP of the HyperCharge variant from the Chinese brand is the 120W fast charging support. The duo of smartphones boasts a Dimensity 5G chipset from MediaTek; comes along in two different storage options in India.

Xiaomi 11i and 11i HyperCharge Specifications

For starters, as the name 11i HyperCharge suggests, this new 5G smartphone from Xiaomi has 120W fast charging support.

Taking a first glance at the new devices, we can see a 6.67-inch full HD+ Super AMOLED display; that supports a 120Hz high refresh rate along with Corning Gorilla Glass 5 protection.

Besides, the front design of the handsets features a punch-hole display and comes with a 16-megapixel camera inside the punch-hole working as a front-facing camera. Moreover, the display can emit a peak brightness of up to 1200 nits and normally ranges at 700 nits in typical conditions.

In terms of the optics, both the devices on the rear features a triple-camera setup; housed in a box that protrudes out of the back panel. The camera setup includes a 108-megapixel main wide sensor with an f/1.9 aperture; whereas, the 8-megapixel ultrawide sensor with f/2.2 aperture is the secondary sensor.

Lastly, the camera module comes with a 2-megapixel sensor for macro shots with f/2.4 aperture as a tertiary sensor; although there is an extra space for adding a fourth sensor the brand has left it out unused.

Furthermore, the newly launched devices support 5G, 4G VoLTE, Dual-Band Wi-Fi, Bluetooth v5.2, an Infrared port, a headphone jack, and a USB Type-C Port. Additionally, the 11i and 11i HyperCharge have IP53 certification for dust and water resistance, stereo speakers, and all the necessary sensors along with a side-mounted fingerprint sensor. 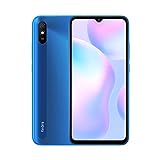 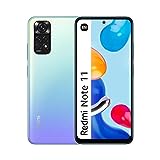