You know the WhatsApp team has been working hard to make the platform the best one in the planet. They have introduced quite a few features lately. As the Facebook F8 developers’ conference is going on, the company has made some other announcements too.

Facebook CEO Mark Zuckerberg announced clear history and the upcoming dating profiles you will see on the application. Along with the future changes on the parent application, we have heard a few changes coming to other services as well.

You can Soon Make Group Video Calls on WhatsApp

On Tuesday (01/05/2018) Zuckerberg has revealed in his keynote that they would be introducing group calls on WhatsApp. Moreover, we will also see third-party stickers on the platform too. 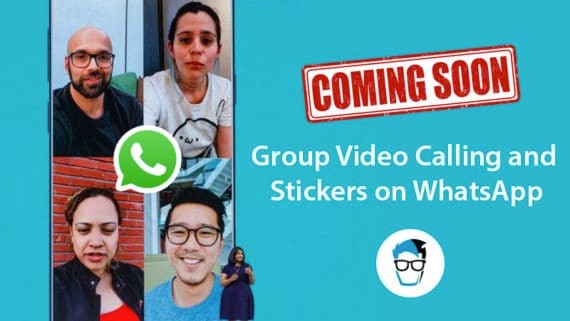 In the blog post, the company said that voice and video calling are very popular on WhatsApp, and they are excited to share that group calling will be coming in the months ahead. Stickers are also coming to WhatsApp soon.

Zuckerberg has also revealed that the status feature is being used by more than 450 million people around the globe. You might have also heard of WhatsApp for Business service they introduced. The feature has over 3 million users worldwide. When it comes to the calling statistics, over 2 billion minutes of both video and voice calls are made on the most popular instant messaging platform.

We haven’t got the exact date for the feature to go live. Nonetheless, you can expect it pretty soon as the CEO itself confirmed the arrival.

As you know, WhatsApp started out as a simple messaging platform. Considering the outrageous popularity, Facebook has bought the platform a few years ago. Ever since the deal had happened, the platform started receiving new features periodically.

We have reported the arrival of video calls on WhatsApp earlier. Then came Delete for Everyone, which is one of the most anticipated features the company ever brought to the application. (Even if someone deleted a message after sending, you can retrieve it like a walk in the park).

Live location sharing is another useful facility, which got its place recently on the platform. You can dynamically share the location with anyone you want using the feature. A few weeks ago, we have made you aware of another functionality that locks the voice recording on WhatsApp. Lately, we had to keep on pressing the record button until we finish capturing the message.

If you love to have all the new features at once on your device, you must subscribe to the beta program of the application via Play Store.