As per MacRumors report, the feature is available in the latest version 2.20.20 (2.20.30.13). The dark mode feature on iOS was first spotted by a user on Reddit. Where a user report on the r/WhatsApp Reddit, which reveals the feature comes with the app’s beta version 2.20.20. A report also claims that the dark mode feature is only compatible with iPhones running on iOS 9 or higher versions.

Are you are curious to try this feature on your iPhone? Sadly, you can’t as the test flight program for testing WhatsApp beta build is currently full.

As the TestFlight only allows a finite number of beta testers. However, if you are on the Android side, here’s how you can enable WhatsApp dark mode on your Android smartphone.

WhatsApp recently adds multiple features in iOS, such as privacy setting. Which allows users to control who can add you to groups. The feature will help you to get the group invite first instead of directly adding you to the group. You can find the feature in the Settings > Account > Privacy > Group to get started. 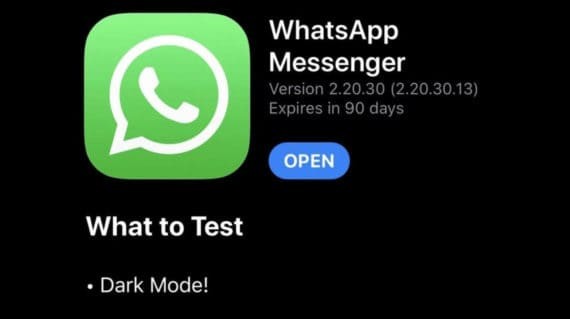 Other features including, added call waiting support. The feature lets you choose to accept an incoming WhatsApp call while you’re already on another call. And to reduce data usage, enabling iPhone’s Low Data Mode will now disable media auto-download in WhatsApp. 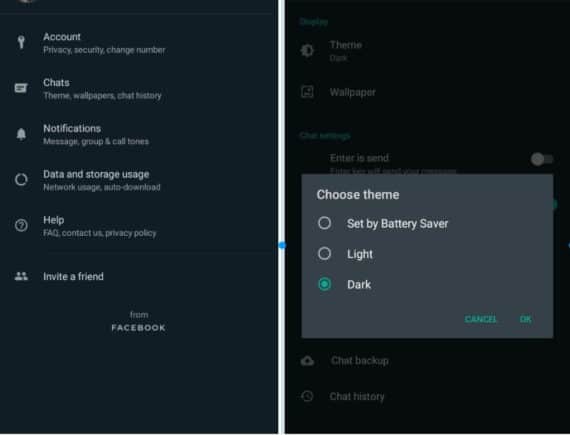 However, the feature is in beta version, which means the final color scheme and the UI design might come to differ in the stable version.

Just to recall you, Facebook made other apps for iOS, such as Instagram and Messanger already support Dark mode. And iOS users are waiting to get a stable update for WhatsApp. For now, we have no information when the feature will roll out for iOS users.