Internet of things (IoT). You would’ve heard of this tech-savvy term somewhere around the internet, but do you know what it means, or did you try Googling it?

Even if you have, I’m sure those technical words would’ve sent you in dizzy. Let me help you a bit in a layman language, the Internet of Things (IoT) or the Internet of Everything (IoE) can be defined as a way of connecting any electronic device to the Internet and other connected devices.

With the development of technology over a few years, IoT has become one of the most critical technologies of the 21st century. Now that we can connect our day to day objects like kitchen appliances, cars, thermostats, baby monitors—to the Internet via embedded devices, seamless communication is possible between people, processes, and things.

How does it work?

Many of us have dreamed of homes where our appliances do our work spontaneously. The alarm sounds and the tea starts brewing the moment you wake up and start your day.

Lights come on as you walk inside your house. Some computing device (more like Jarvis from Iron man) responds to your voice commands to read your daily schedule and messages to you while you get ready, and then switch on the TV news. Your car takes you to work through the least crowded route, getting you some extra time to prepare for morning meeting while en-route.

We’ve seen such things in science fiction for a long time, but they’re now either already possible or on the verge of coming into being. And all this new tech is forming the basis of what people are calling the Internet of Things.

Devices and objects with built-in sensors are connected to an Internet of Things platform, which merges data from the different objects and applies logically to share the vital information with applications built to address specific needs.

These powerful IoT platforms can pinpoint precisely what information is useful and what can safely ignore. This information can be used to find patterns, make recommendations, and detect possible problems before they occur.

Firstly, a sensor or devices collect data from their surroundings. It can be as simple as a measuring temperature reading or as complex as a full feed. 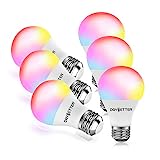 The word “sensors/devices” is used here because multiple sensors can be combined, or sensors can form a part of a device that does more than just sense things. For example, your mobile is a device that has many sensors combined (e.g., camera, accelerometer, GPS, etc.), but your mobile wholly is not just a sensor.

Next, step in IoT is that the data is sent to the cloud, but it needs a way to get there.

The sensors or devices can be linked to the cloud through various kinds of methods, including cellular, satellite, WiFi, Bluetooth, or connecting directly to the Internet.

Each option has a swap between power consumption, range, and bandwidth. Selecting which connectivity option is best comes down to the specific IoT application, but they all complete the same task, i.e., helping the data to reach the cloud.

Once the data arrives at the cloud, the software does some processing on it.

It can be either very simple, such as measuring the temperature reading is within an acceptable range. Or it could go highly complex, such as using a computer screen to monitor to identify objects on video (such as burglars in your house).

The next step is, the information is made useful to the end-user in some way. It could be through an alert to the person (email, or notification, etc.). For example, a warning when the temperature is high in the company’s storage.

Also, a user may have an interface that allows them to monitor the system proactively. For example, a user might want to watch the live feed of their house through a mobile app or a web browser. Depending on the application of IoT, the user may also be able to perform an action and affect the system. For example, the user might remotely change the temperature in the storage though an app on their phone.

And some actions are done automatically. Rather than waiting for you to change the temperature, the app might instead do it automatically through some defined set of rules. And rather than notify you to alert you of an intruder, the IoT system could also automatically notify relevant authorities.

The Internet Of thing is a system that consists of various sensors/devices which communicate to the cloud through some connectivity. Once the data reaches the cloud, software processes it and then might decide on preconditioned rules to act, such as sending an alert or automatically change the settings of the sensors or devices without the need for the user.

It also opens doors to IoT business opportunities where plenty of new jobs are created for the people. A quick search about home automation on YouTube will prove how much money people are spending on IoT devices and automation.

Amar Ilindra is a gadget freak, tech enthusiast and full stack developer. He loves to try everything with technology and blog about his tech experience. Apart from writing, he spends most of this time developing useful web apps and mobile applications for Android and iOS.