The Vivo Y16 arrives as the entry-level budget smartphone featuring MediaTek Helio Chipset, Dual Cameras, and a Large battery. The company announced this smartphone in India after its official announcement at the beginning of September. The device features similar aesthetics to the previously launched devices in the Y-series, along with a water-drop notch.

The smartphone comes with Dual rear cameras placed in housing in one of the corners and even comes with a Flash. The side-mounted fingerprint sensor is embedded inside the device’s power button, and the handset comes in two different color options.

Let’s check out the full specifications, pricing, and availability of the Vivo Y16 in India.

Under the hood, an octa-core 12nm MediaTek Helio P35 chipset paired with PowerVR GE8320 GPU powers the device. The device runs on the Android 12 operating system with Funtouch OS 12 skin.

The Vivo Y16 smartphone starts at Rs 9,999 for 3GB RAM and 32GB internal storage. On the contrary, the 4GB RAM and 64GB storage configuration costs Rs. 12,499. The device is available on Vivo’s online store and other authorized retail stores across India. Furthermore, the company offers Rs 750 instant discounts with HDFC Credit and Debit Card transactions. 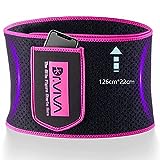 How to Install Android L on Nexus 5 and Nexus 7