Vivo today (27-04-2017) launched a front camera-centric smartphone for those who are obsessed with selfies. Even if the main focus is on the selfie camera, they haven’t made too much sacrifices on the other specs too.

The company launched the upgrade to last year’s V5 in an event held in Gurugram, India. Our team attended the event that you can see the exclusive shots along with the specs details here. 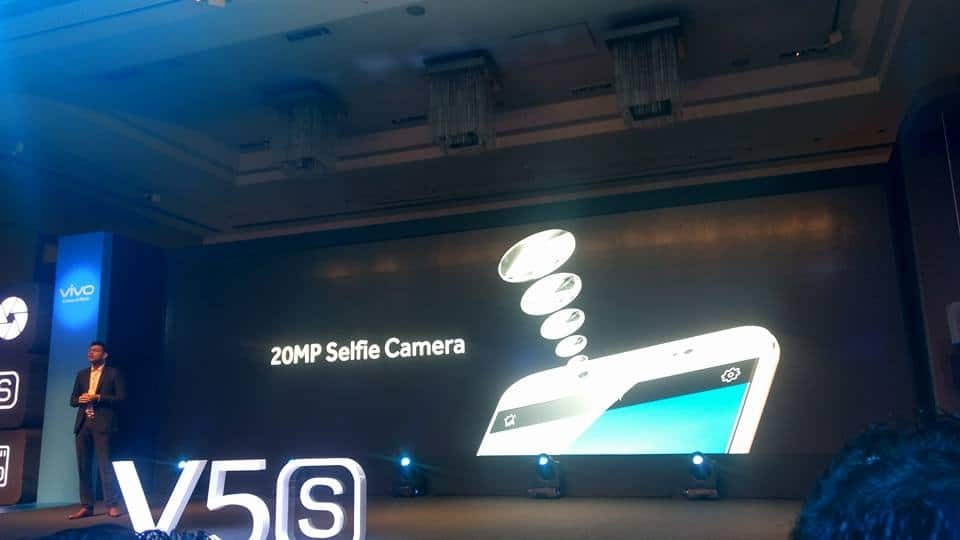 It hasn’t been so long since Vivo entered the Indian smartphone industry and kick-started their heavy marketing campaigns. As other Chinese competitors like Xiaomi, OnePlus, etc. already became predominant in the online market, they chose the alternative way of offline selling and made their phones readily available on the offline market. Their marketing campaigns went too well, we should say. Even though everyone doesn’t own a Vivo phone, almost every smartphone user in India knows them.

Let’s get back to V5s now. The phone sports a 5.5 HD display and has 2.5D corning gorilla glass protection with a pixel density of 267 PPI.

As we all know, most of the Vivo smartphones focus on the front-camera. So does the new one. It features a 20 MP selfie camera with moonlight glow front light. You can touch-up your photos using Face Beautify app as well.

Speaking of the back camera, it bears a 13 MP sensor with dual LED flash. The company does include a special AK4376 Hi-Fi Audio chip on the board to making it the perfect camera and music smartphone. 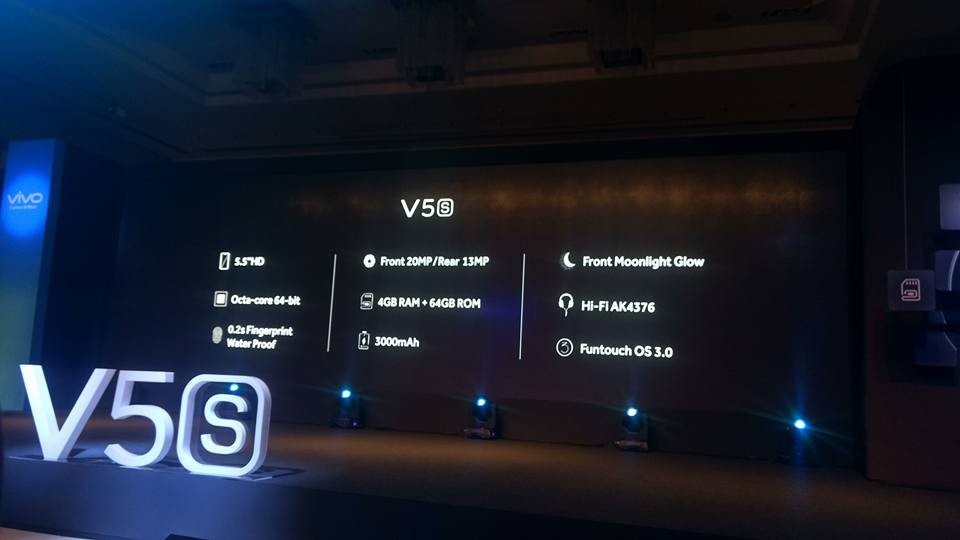 Underneath the hood, V5s contains a MediaTek MT6750 octa-core processor coupled with Mali T860 GPU and a 4 GB RAM. The 64 GB onboard storage is enough for most of the users. In case you seem to cross the default storage, the SD card slot supporting up to 256 GB will come to your rescue.

The phone runs on FunTouch OS 3.0, which is a skinned version of Android itself, from Vivo. 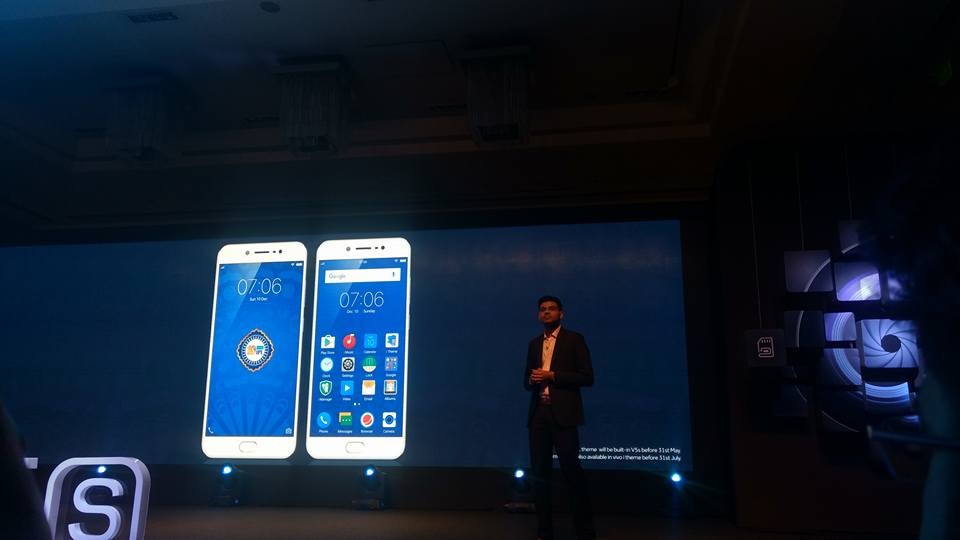 You will get dual-SIM card slots, of which one is hybrid. And, the phone supports almost every connectivity options including VoLTE.

The 3000 mAh battery will provide enough juice, given that you don’t have a full HD screen, we assume.

You can preorder the device from 27 April and the sale will start from 6th May. They have priced it at Rs. 18990. Even though the phone comes in a crown gold and matte black variants, the later will go on sale only on May 20. 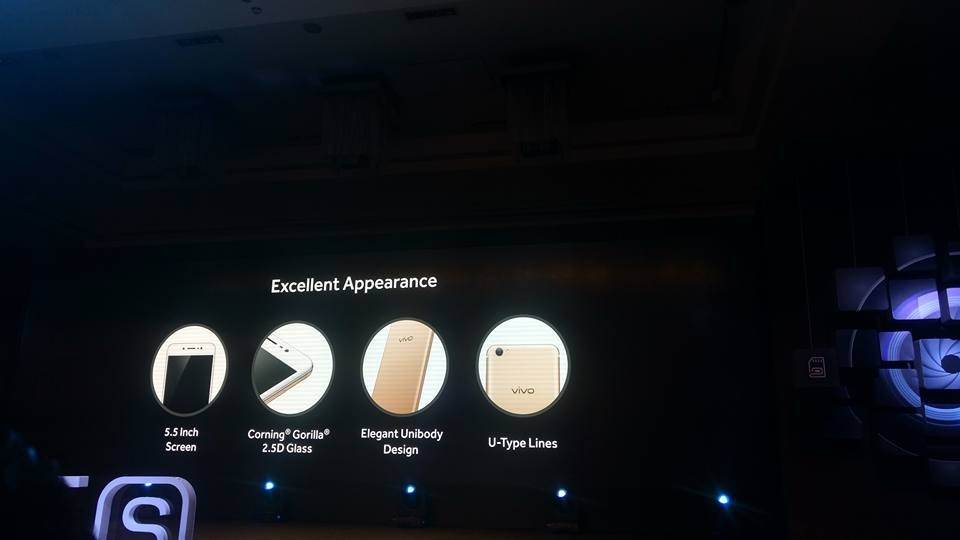 They didn’t include USB Type C and you may be disappointed that it doesn’t even have a full HD screen. Still, it holds good for those selfie-buffs.

What do you think? Are you happy with the pricing?