Vivo V21 is the new variant of the 5G smartphone from the well-liked V-series in India. Besides, this new device from Vivo V21 is the successor to the previously launched V20 in October 2020. Surprisingly this newly launched device has all the diminutive details that other brands lose out on their devices.

This mid-ranger from the Chinese brand has introduced optical image stabilization(OIS) on the V21 5G smartphone. Although, the pricing is a bit higher in comparison to other brands such as Mi, Realme, and Poco. Vivo may justify its price point as they make good quality cameras for their devices.

The V21 5G device sports a 6.44-inch full-HD+ AMOLED display with a 1080 x 2404 pixels resolution. The display supports a 20:9 aspect ratio and 90Hz refresh rate. An octa-core MediaTek Dimensity 800U Chipset coupled with 8GB of RAM powers the device. Furthermore, the Extended RAM feature that uses up to 3GB of ROM as virtual RAM. This helps for a more enhanced multitasking experience.

The camera module is a triple rear camera setup consisting of a 64-megapixel primary sensor with an f/1.79 lens. An 8-megapixel secondary wide-angle shooter and a 2-megapixel macro lens. The rear cameras feature an LED Flashlight and OIS for stability in photos and videos. The front-facing camera is a  44-megapixel shooter with an f/2.0 aperture. Besides, the selfie camera also gets OIS support and LED Flashlight.

The device runs on the Android 11 operating system with FunTouch OS 11.1 skin on top. The connectivity options of the device are 5G, 4G LTE, Wi-Fi, Bluetooth v5.1, GPS/ A-GPS, and a USB Type-C port.

The onboard sensors on V21 are an accelerometer, ambient light sensor, gyroscope, magnetometer, and proximity sensor. There is an in-display fingerprint scanner provided. The battery capacity is 4000mAH cell with 33W Fast charging support.

Furthermore, the Pre-Bookings for the smartphone have already started and the sale will take place from May 6. The device is officially sold on Flipkart and Vivo India online store.

Moreover, the V21 5G is majorly an offline targeted handset and the device will sell from major offline stores and retail chains such as Reliance Digital, Croma, Vijay Sales, Poorvika, Sangeetha Mobiles, and Big C. Besides, some of the launch offers are Rs. 2,000 instant cashback via HDFC Bank, an Rs. 3,000 worth of additional exchange discount, and no-cost EMI options for up to 12 months. 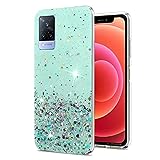 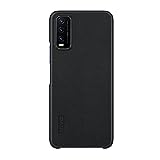