How many of you shifting to Android? I know almost all people are shifting to Android, by Google. Do you know why? Mainly because of less cost and more features. Earlier we have to spend $200+ to buy an Android operating system mobile but time has changed a lot. Today I can see Android mobile range starts from $50. Earlier Shop owners boozed about Nokia for their customers for their own profit. As Profits is more in Android mobiles when compared to Nokia, Shop owners started boozing about Android mobiles to uneducated people, which make them to choose Android mobiles without knowing about Android. I’m not criticizing Android, To be frank I too love Android and I started hating Symbian after using Android device. I have seen many people who shifted from Nokia to Samsung, HTC, LG etc which runs on latest Android OS. They feel difficulty while transferring contacts from Nokia to Android. If you’re one who failed to move phone contacts form Nokia to Android. then this guide suits perfectly for you. 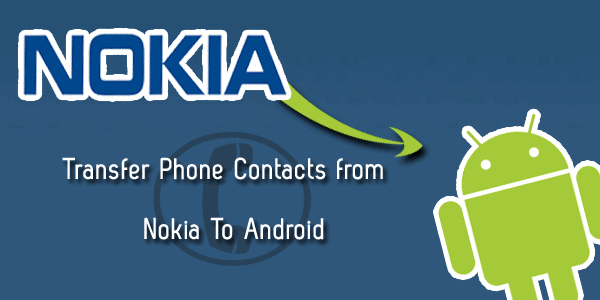 Moving contacts from Nokia to Android is not a hell difficult task, all you need is little concentration while reading this article and basic knowledge about Command prompt (CMD)

Also Read: How to Play Android Games on PC

Apart from concentrating you need some more things as well. Check them below

Type the drive letter where the conatcs folder is saved in last step with ” : ” neglecting the quotes. As I have save my contacts in D drive i typed D: Now hit enter to see something like this

Now type cd folder name. Replace folder name with the name of the folder you have created earlier.I name my folder as “Contacts”. So I will entered cd contacts. I got the following output

This is the important part to transfer contacts from Nokia to Android. You have to type the following:

and i got the following output:

Let us know if you face any difficulty while moving contacts from Nokia to Android. We’re always ready to help you. Consider sharing this educational guide all over your social media profiles.