Social media giant Facebook has introduced a new tool to transfer all your Facebook Photos and Videos to Google Photos easily. The tool was first announced back in April 2020 for Canada only, now available globally.

The announcement was made on Thursday 4th June 2o2o, where Facebook opens the tool globally to everyone. Before going globally the tool was available for many countries in Latin America, Asia PacificEropean Union, South East Asia, Africa, and in the United Kingdom. 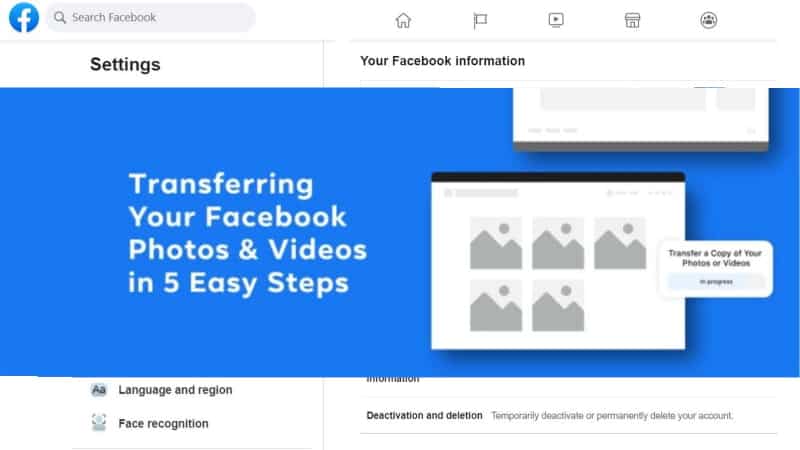 What is Data Transfer Project?

How does Data Transfer Works?

The transfer project uses services’ existing APIs and authorization mechanisms to access data. Then it uses a specific adapter to accept that data into a common format then back into the receivers services’ API.

The new Facebook data transfer service works on it which makes the transfer faster and more secure. Currently, the project has five contributors including Apple, Facebook, Google, Microsoft, and Twitter.

As the project contributors list includes Microsoft, it is supposed that in the future Facebook users would also be able to transfer their photos to One Drive.