Adobe Illustrator is an undoubtedly legendary software which has dominated the market for many years. However, nowadays the competition in the creative software industry is rising high and there have been developed multiple alternatives for Adobe Illustrator.

Vectr is a free and cross-platform vector graphics editor and Adobe Illustrator alternative which works both on the web and all desktop platforms. Vectr is pretty intuitive and has a simple and clear user interface which won’t bug you with any confusing features. 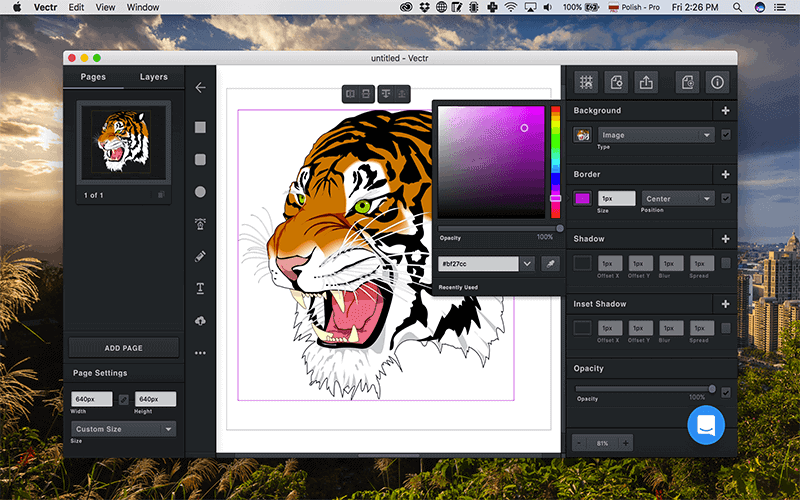 Inkscape has been around for quite a while now and is an open-source and community driven vector graphics design software. It was created as a free alternative to Adobe Illustrator and since then it’s been a long way for the community to develop all the functions and fix the bugs.

Therefore Inkscape does work quite slick but still has an outdated and confusing user interface. It’s also not available on the web, you’d need to download a desktop app to use it. If you ask me this question “Inkscape vs Illustrator” then I’d say Illustrator for many reasons. One main reason Inkscape is not an Adobe Illustrator online editor and the UI of Inkscape is outdated. 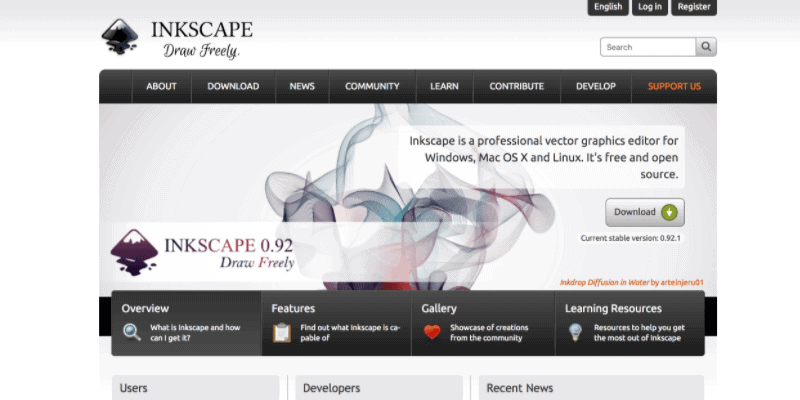 Boxy SVG is a fun and simple to use app for vector graphics design. It’s an alternative for Adobe Illustrator to get started with when you’re a complete newbie to graphic design. however, it’s pretty hard to complete any full professional projects in it.

You could easily use Boxy SVG however for some simple tasks around. Especially considering the fact that it’s really lightweight and accessible on the web. 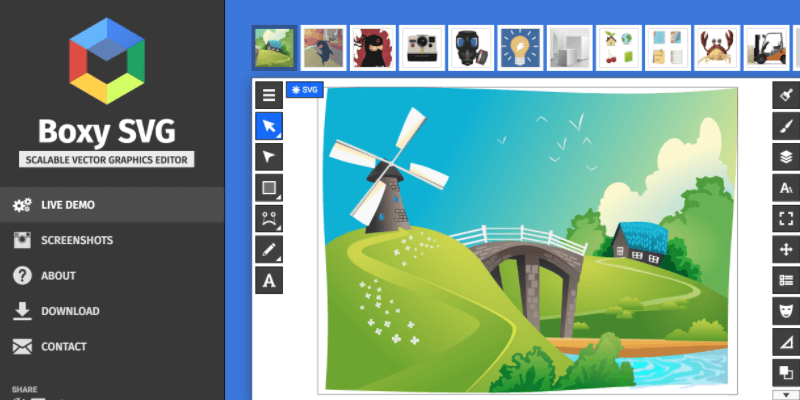 Affinity Designer is probably the most powerful professional replacement for Adobe Illustrator at the moment. It’s got the full range of powerful and intuitive tools for designers, and Affinity team claims to have fixed many UX problems of Illustrator too.

Affinity has a great advantage of a price too: it’s just one-time payment which is going to save you a lot of money if you switch from Adobe subscription. 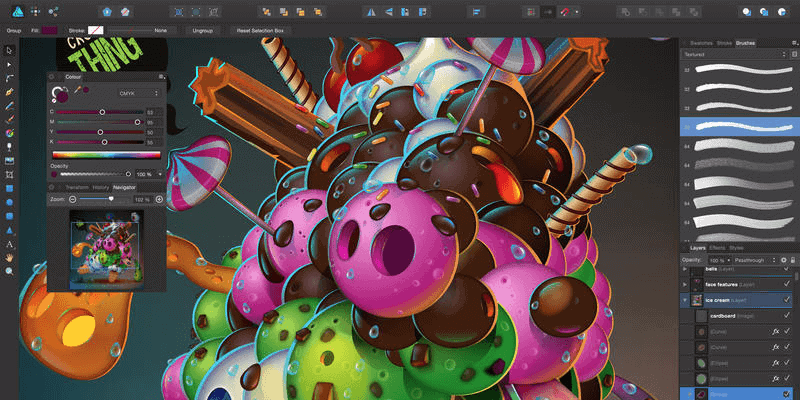 Autodesk is an amazing app for anyone who’s into the drawing. It’s got a wide selection of brushes, drawing alignment tools which altogether allow you to produce professional digital drawings.

The basic version of Autodesk is free, and then the PRO version has got multiple improvements and perks – like iPad app which you can also download and use. No doubt Autodesk SketchBook deserves to be in our list of Adobe Illustrator alternatives.

That’s a new SVG editing tool developed by an independent coding studio Department.se. It allows you to search up and then edit the icons directly inside of the app. The tool could be a very handy alternative for those Adobe Illustrator users who work heavily with SVGs. 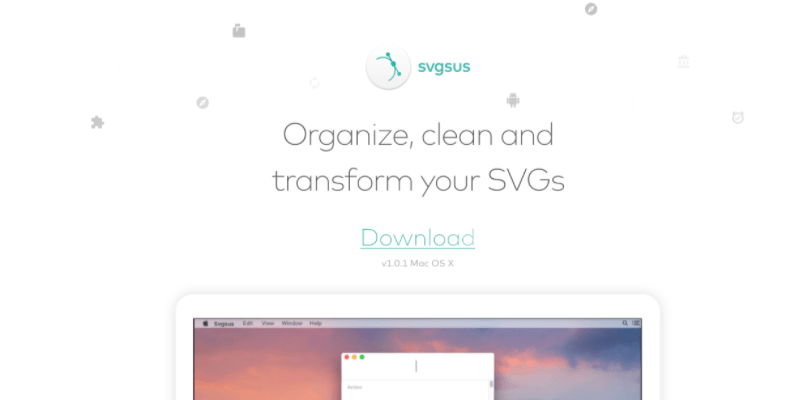 EazyDraw – Another Drawing App For Mac

EazyDraw is another drawing app for Mac which has been competing with Adobe Illustrator for a number of years now. It’s been around for a while and since then has transformed to fit the standards of the modern Mac operating system.

It lets you create drawings and art, just like Sketchbook. However, due to the fact that it’s older, it’s quite slower and has a smaller selection of brushes and drawing tools. Despite that, the app is still popular on Mac App Store.

Vecteezy is a new vector graphics editor which differs from the other software’s because it was created by the marketplace of icons under the same name. The guys from Vecteezy basically integrated the editor into the marketplace – so the customers could buy the items, edit them directly using Vecteezy and then export to their desktop.

Vecteezy is however limited to SVG format and therefore could serve a potential Adobe Illustrator alternative only for a group of users. 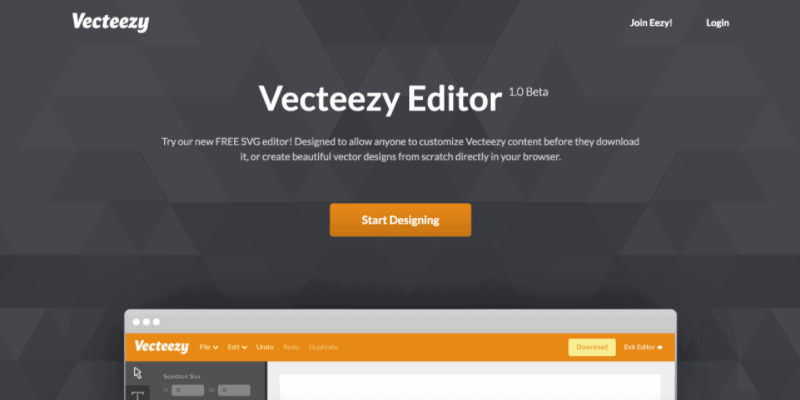 YouIDraw is another alternative for Adobe Illustrator, which works on the web and is also available in Chrome Web Store. It has three modules in it: drawing, logo creation and painting. The basic version of the app is free – and you have to pay up for some additional features.

Janvas is a solid Adobe Illustrator alternative which is however a bit different from the others since it also allows you to work with HTML, CSS and PHP. So it’s more fit for web designers and front-end developers, enabling them to do all the work in one place.

Janvas also supports an integration with Google Drive which is quite handy. As for vector graphics editing capabilities – it’s got the full basic selection of tools you’d need. 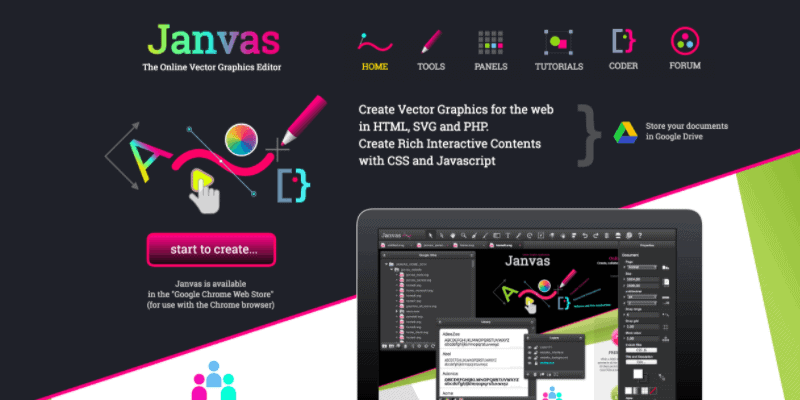 Adobe Illustrator for certain remains the most advanced software on the market of vector graphic creative software. However, the times are gone when it used to be the only option. Now there are multiple alternatives for Adobe Illustrator, some of them with ambitious long-term roadmaps and are aimed at taking on Illustrator.

It is only up to you to choose which Adobe Illustrator alternatives to use. It would mostly depend on your design capabilities and the project goals.