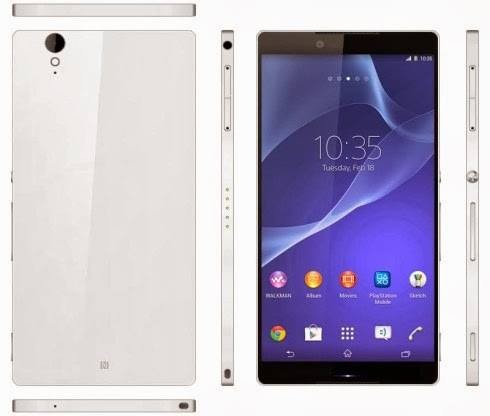 So, here is some available news about Sony Xperia Z5. Please note that, this article is based on rumors on internet; specifications and release dates mentioned in this article may vary a bit or to large extent when compared with official announcement.

It is expected that Xperia Z5 is coming with large 5.5 or 6.0 Inch display with 4K resolutions. Imagine watching 4K QHD videos on such giant screen.

It is likely to built with 6 GB RAM and Snapdragon Qualcomm octa-core 2.9 ghz processor. With such great processor you can experience a lightning fast device and smooth games without any lagging.

Storage is main issue these days as many large in size apps and files and being copied to our smartphones. Keep this serious problem is mind Sony is releasing Xeperia Z5 with 32 and 64 GB internal memory and even supports external micro SD card up to 128 GB. Ultimately, you can enjoy almost around 192 GB of memory on your device.

Also Read: Best Android Apps in the PlayStore you must try

No doubt, Xperia Z5 will run on latest android Operating System Lollipop. It is expected to load with Android 5.1 or 5.2 depending on its official announcement and release date.

Also Read: List of Android Devices to get Lollipop update

With poor batter life, such beast makes no sense. Sony is taking huge care on battery backup and standby to add extra value to the device. It is pre built with 4000 mAh battery and even they are working to develop a technology which can charge battery faster. It is recommended to use a power bank to be on safe side.

Also Read: How to improve Battery life in Android devices

Along with them, Xperia Z5 coming with dust resistant and Waterproof up to 100 meters. Camera comes with auto focus, Optical image stabilization. Display is scratch proof and you can enjoy video recording in full HD quality. For security reasons, Xperia Z5 is built with finger print and retina scanner.

Here is the expected price tagged for Xperia Z5 in different countries. On average it is likely to cost around no where in $1000. have a look at this price chart:

Sony won’t release this mobile at the same time in all countries. Release data of Sony Xperia Z5 is different in different countries. Have a look at this chart know more about release dates of your country.

Here is the entire data we collected about Sony Xperia Z5 specifications, price and release date. In the end it looks quite promising and worth buying. Let us also know your views about this awesome Sony Xperia Z5.