The Sony Xperia Z1 has been rumored for a long time and now the specs are quite clear. The previous Sony flagship phone, the Xperia Z was a great device but as the competition grew up, it felt like an upgrade is needed. This new device runs the super powerful Snapdragon 800 chipset so you can see some really mind numbing benchmark scores. Most new high end devices that are coming out these days run this chipset and give you superb performance. 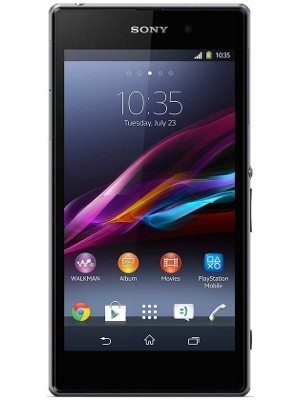 The device looks mostly like the previous flagship Xperia Z except for a few minor changes. Though have considerably improved the hardware over the Z and the camera is surely a league ahead. It would also be waterproof and dustproof like the Z or ZR so you can take it out and click some pics at your pool party without being afraid of someone splashing water on your phone. We give you a brief idea of what the device is like and how does it stack up against the competition.

If you plan to buy this waterproof and dustproof Smartphone, then here is a detailed review about Sony Xperia Z1 which will give you clear view about the mobile.

This device carries the family resemblance and looks largely similar to the Xperia Z. It has got a simple glass front and back. On the back panel which sits the camera on top right with the LED flash sitting right below it. The power button is the same from the Xperia Z or ZU and looks nice. There is an aluminum stripe running around the device which has been made out of a single piece of aluminum to make it strong. It gives the device a better feel and also adds to the aesthetic appeal of the device. 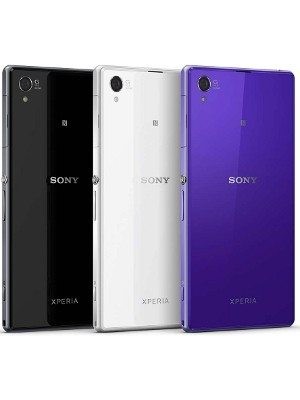 While it is similar to the Z, the thickness is a bit over the Z but not much to make a difference. Many won’t even notice the difference in dimensions. Despite the large size, the device is comfortable to hold but one handed operations would still be tough. You would have to use your other hand for most of the operations and this might be a trouble for some. The Z1 can survive in clean water upto a depth of 1.5 meters for upto 30 minutes. The ports are covered with flaps like on the Xperia Z but here they have put in a waterproof audio jack so you won’t have to remove the cover every time you want to plug in your earphones.

While the display on the device is same full HD 5 inch unit as on the Xperia Z, it is being said that there are considerable improvements. The pixel density no doubt is amazing and the display on the Z was a really good one. The thing is there were devices competing against it which has much better displays making it look pale in comparison. The display on Xperia Z1 boasts of the same Bravia technology that they put in their TV sets. It claims to considerably improve colour replication, contrast ratios and sharpness of the display. Though at a pixel density this high, we don’t think anyone would ask for an even sharper display. The viewing angles are decent but they might look unimpressive when compared to an AMOLED display. 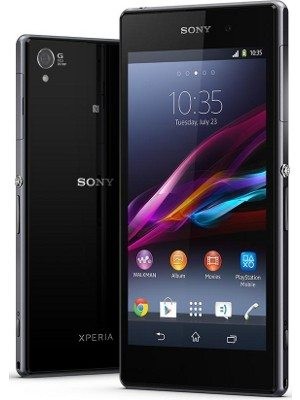 The phone runs the latest version of Snapdragon chipset by Qualcomm called the Snapdragon 800. The processor has got 4 cores and runs at a maximum clock speed of 2.2 GHz. It has got 2 GB of RAM and an Adreno 330 GPU. Anything you throw at it will be handled with ease and the device won’t have any hiccup while handling heavy jobs. You won’t have any lags at all no matter what job you assign to the processor. Gone are the days when the Galaxy S4 was the most powerful device to exist on this planet. This would blow the S4 out of steam and any other device that comes close to it. It is impossible to slow this device down. The device is powered by a 3000 mAh battery which is a decent size to power this device.

The device runs Jelly Bean 4.2.2 which isn’t the latest version of android as Jelly Bean 4.3 has been there for a while now. But that won’t make much difference as the changes are very few and you might not even notice that it is not 4.3. Though they will update it as new android versions come out and you will be running the latest one soon. The operating system has been modified to add some new features among which the most prominent one is the launcher. You get highly customizable launcher interface and unlike stock android launcher, you can add or remove home screens and organize your icons the way you need them. 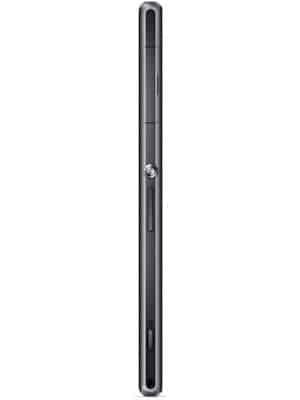 They have modified some stock apps as well and you get the Xperia gallery for watching content instead of the stock gallery. Then there is the superb music player on Sony devices which replace the stock music player. The camera app has been heavily modified as well to add some really cool fresh features.

The device has got a 20.7 megapixel camera which is just amazing. It has got a sensor of size 1/2.3 inches which is larger than most high end smartphones being sold in the market. It uses a wide angle 27 mm f/2.0 G lens and has got the Bionz image processor to keep the noise levels low in low light photos. The difference does show in low light photographs while the outdoor photos are similar to other high end models.

The camera software on this device has been heavily modified to add new features. You can load apps directly in camera and save switching through apps to use various features. The camera allows you to live stream video to your Facebook account.

This is one of the most powerful devices available to us right now and would face competition from devices like LG G2 or the Note 3. This device holds strong against these devices and also adds the waterproof and dustproof feature to give you an edge over others. The prices are steep but it is worth the premium you pay over the Xperia Z.