The tech world is blindly following the leaks and rumors of upcoming smartphones. Well, amidst all those, Sony announced the world’s fastest SD card ever made.

A typical SD card has a read/write speed of 30/ 20 MB respectively. But you will be amazed to see the figure the new SD card touches when it comes to reading and writing data. 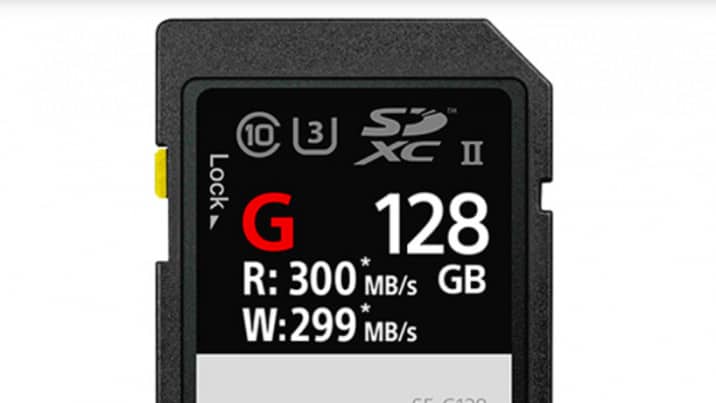 Sony, in their latest press release, announced the fastest SD card ever made. Later, they listed it as SF-G Series UHS-II on their website as well.

Before we get into the details of the new card, let’s check out the old record that has been broken. SanDisk’s Extreme PRO UHS-II series and Lexar’s Professional 2000x UHS-II can achieve read and write speed of 300 and 260 MB per Second. Did you know that?

With the new SF-G Series UHS-II SD card, Sony broke this record. While reading speed remains to be the same, the writing speed can go until 299 MB per Second if you use it.

The memory card will be available in three different versions; 32 GB, 64 GB, and 128 GB. Don’t expect them to price them cheaper given that you can transfer full 4K videos within the matter of a few seconds.

Also Read:- How to Move Data to External SD Card

People in the photographic field are going to reap the maximum out of the new addition of memory cards. Given that it has insane read and write speed, they will not have to wait for at least a fraction of the second to capture high-resolution pictures so quick one after the other. Moreover, the camera will not exhibit any lag to display them as well.

Sony has all set to make the speed viable for PC users too. They also announced that we would see a special set of adapters made only for SF-G Series UHS-II very soon.

The product hasn’t touched the market yet. And, they didn’t reveal the price also. But you can expect them to price the higher 128 GB variant somewhere near $300 provided the price of aforementioned Lexar’s Professional 2000x UHS-II has a cost of $314.

The memory card supports Sony’s File Rescue tool, which helps you recover accidentally deleted files. Moreover, you won’t have to be afraid of water, dust, shock, temperature or even X-ray because SF-G Series UHS-II can withstand all these extreme conditions.

The company hasn’t announced the launching date yet. But they hinted that it will be available for purchase in Spring 2017.