The Samsung Unpacked event has taken place on 11th August and the Korean manufacturer has launched the Samsung Galaxy Z series of folding smartphones for 2021. The smartphones launched were the Galaxy Z Fold 3 and the Galaxy Z Flip 3 along with Galaxy Buds and Galaxy Watch 4 series in the event. The build of the device is from Samsung’s Armor Aluminum and comes with IPX8 water-resistant build.

The Galaxy Z Fold 3 announced this year is the third iteration of the folding device from the company. Also, Samsung has not compromised on the build quality of the device; by improving the durability of the flexible displays used on the devices. Furthermore, Samsung claims that the flexibility of the displays has increased to 80% from the previous generation models.

On the software front, the Z Fold 3 runs on the Android 11 operating system with OneUI Skin on top. The internals of the device comes with a 5nm octa-core Snapdragon 888 chipset; with a max clock speed of 2.84GHz and has Adreno 660 GPU.

Also, the storage of the device is 12GB of RAM and 256/512 GB of  UFS 3.1 storage internal storage. Also, the most highlighting factor of the Z Fold 3 is the under-display camera.

The front-facing camera on the flexible screen is an under-display sensor which is totally new when compared with other brands and makes Z Fold 3 ahead of the competition. In terms of the Under-display sensor, Samsung has used a 4-megapixel sensor with an f/1.8 aperture. The device even has support for S-Pen and Samsung has specifically launched the S-Pen Fold and S-Pen Pro for the same reason.

Under the hood, the Galaxy Z Flip 3 offers a 5nm octa-core Qualcomm Snapdragon 888 SoC with a max clock speed of 2.84GHz along with Adreno 660 GPU. The storage provided on the Z Flip 3 is 8GB of RAM and 128/256GB of internal UFS 3.1 storage. The flipping smartphone from Samsung runs on the Android 11 operating system with OneUI skin on top. Also, the Z Flip 3 comes with a side-mounted fingerprint sensor for secure unlocking.

The camera module on the Z Flip 3 is a dual-camera setup consisting of a 12-megapixel main sensor with an f/1.8 wide-angle lens, OIS, and a 12-megapixel ultra-wide shooter. The front-facing camera is a 10-megapixel shooter with an f/2.4 aperture in the punch-hole of the flexible screen for selfies and video calling.

Besides, the speaker setup is a bottom-firing unit as well as the earpiece doubling as a speaker.

The connectivity options on the Z Flip 3 include 5G, 4G LTE, Wi-Fi 6, Bluetooth v5.2, GPS/ A-GPS, NFC, and a USB Type-C port. The sensors array is fully loaded with an accelerometer, ambient light sensor, geomagnetic, gyro, hall sensor, and a proximity sensor. The battery provided on the flipping smartphone is a 3,300mAh dual-cell that supports 15W fast charging. Also, the device even has support for wireless and reverse wireless charging.

The Samsung Galaxy Z Series will go on sale from August 27 in Limited markets around the world which are the US, Europe, and South Korea. The pre-orders for the folding smartphones from Samsung have already begun and there is no clear information about the arrival of these devices in India. 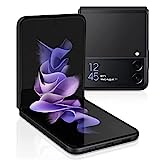 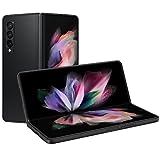 BlackBerry Privacy Shade App Prevents Others from Peeping at Your Screen