Out here in the market, Samsung released its next biggest flagship, SAMSUNG GALAXY S6 and SAMSUNG GALAXY S6 EDGE. These two were the most awaited flagships of Samsung for a while. There were many rumors circling around on these two biggest flagships of Samsung. Finally, we now can put aside the rumors on the specifications and details of S6 and S6 edge, as they went live with the official release by Samsung. These are the most beautifully designed products by Samsung, till date. Samsung switched to the metallic case design from the routine plastic cases. But unfortunately, the Galaxy S6 is not dust or waterproof. We have to live with that and the bump on the primary camera, which could be little annoying at times. 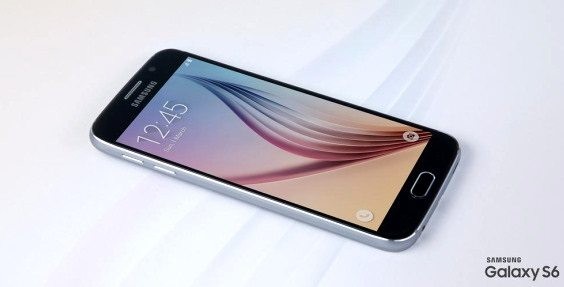 Samsung Galaxy S6 comes with a 5.1″ AMOLED screen with Quad HD resolution. It has 557 ppi density, which is huge ( most of the smartphones are not even closer to this). The all new Corning Gorilla glass 4 is fit to the S6 for better user experience and comes with a finger print sensor (PayPal certified). The S6 weighs around 138g. S6 hit the market with the latest Android Lollipop 5.0.2 and with a Quad Core 1.5GHz Cortex A53, 3GB RAM.

The below are the overview on the specifications of the Samsung Galaxy S6.

The Galaxy S6 and S6 edge are developed under the code name “Project Zero“. The development of S6 and S6 edge can be one of the best Samsung flagships. The corning gorilla glass is available on both the sides (front & back) of the phone. With the metal chassis and gorilla glass, this phone looks classy and premium for no doubt. The OS comes with TouchWiz UX that runs on top of the latest release of Android Lollipop. The Samsung has made enough modifications to reduce the amount of settings from the previous iterations. However, this custom UI is really, indeed a great match for the materialistic design of Google’s latest Android iteration.

Recently, due to some X factors, Samsung had lost their market share in India. It once ruled the entire market and suddenly lost its share in the market. Factors that contribute to the loss might be many, but Samsung never failed to put forth its efforts in the design and development. It always wanted to attract its customers and convert them to their loyal customers. With the release of Galaxy S6 and S6 edge, it seems Samsung really wants its share back in the market at a greater level. The edged concept is driving more after the release of the Samsung Note 4 edge.

Apart from the share or the position of Samsung in the market, there still are a lot of people that totally trust Samsung for its products. So, we just have to wait for little more time to get the user reviews for these biggest flagships from Samsung.

It is expected that on 10th April 2015, Samsung Galaxy S6 is available in 20 countries including US and UK. It costs around $900. Let us know what you like in this beast and are you ready to get your hands on Samsung Galaxy S6?