Samsung Galaxy S20 FE 5G variant gets an official launch for the Indian market. Samsung announced the device last year in the US and European markets. In the past, the manufacturer has launched the 4G variant of S20 FE that features Exynos 990 SoC in India. However, many Samsung enthusiasts prefer a Snapdragon chipset on their device rather than Samsung’s own chipset. The performance difference is very much high if both the devices are compared.

The Korean brand has entered the budget flagship market of India at good timing. The other Chinese brands such as Realme, Xiaomi, and OnePlus are debuting with newer models that feature Snapdragon 860 SoC which churns out similar performance in comparison to Snapdragon 865 SoC. Besides, the only main difference with the 4G variant is the Snapdragon 5G chipset and is very much similar to the previously announced S20 FE.

The Samsung Galaxy S20 FE 5G sports a 6.5-inch FHD Super AMOLED screen with an Infinity-O display. This display supports a 20:9 aspect ratio, a 120Hz high refresh rate, and HDR10+. An IP68 certified dust and water resistance is provided. The Qualcomm Snapdragon 865 Chipset powers the device coupled with 8GB of RAM and 128GB of internal storage with 1TB of expandable storage.

The camera setup features a Triple-Rear lens that has a 12-megapixel primary wide-angle lens with f/1.8 aperture. A 12-megapixel secondary ultra-wide-angle with f/2.2 aperture and an n 8-megapixel telephoto lens.

Other notable camera options are a 30x Space Zoom, AI multi-frame processing, and Night Mode for low-light photography. Besides, the front-facing camera is a 32-megapixel sensor with an f/2.0 aperture for selfies and video calling.

The significant connectivity features of the Samsung Galaxy S20 FE 5G are 5G support, 4G VoLTE, Wi-Fi, Bluetooth v5.0. The GPS/ A-GPS, NFC, and a USB Type-C port. Besides, Samsung has not given up on any sensors which include an accelerometer, ambient light sensor, gyroscope, hall sensor, under-display fingerprint scanner, and a proximity sensor. The device packs in a 4,500mAh battery with charging speeds of 25W on both wired and wireless adapters.

But, you can get your hands on this smartphone at an introductory offer of Rs 8,000 instant cashback at an effective price of Rs. 47,999. The device will go on sale from Retail stores, Samsung official stores, and Amazon India. 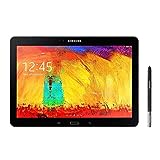 Does Your Phone Pack Snapdragon Processor? It could be Hacked via Wi-Fi

How to fix Unfortunately, Google Search has stopped Working Error