Samsung Galaxy M52 5G got an official launch on Tuesday; 28 September featuring a 5G chipset from Snapdragon and rear triple cameras. The smartphone comes with a similar set of specifications from the recently launched; Samsung Galaxy A52s smartphone but at a comparatively lesser price.

The device will compete with smartphones such as iQOO Z5 and Realme GT Master Edition at the price segment.

A 6nm Octa-Core Qualcomm Snapdragon 778G SoC coupled with Adreno 642L GPU powers the device. The provided storage onboard is up to 8GB of RAM and up to 128GB of internal storage.

The sensors array of the Galaxy M52 5G features a side-mounted fingerprint sensor, an accelerometer, ambient light, a gyroscope, magnetometer, and a proximity sensor. Also, the storage on the device is expandable with up to 1TB with an SD card slot.

Also, The connectivity options on the smartphone include 5G, 4G LTE, Wi-Fi 6, Bluetooth; GPS/ A-GPS, NFC, and a USB Type-C port. Furthermore, the battery pack on the smartphone is a 5,000mAh cell that supports 25W fast charging that gives a backup of up to 20 hours of video playback; and 48 hours of talk time in a single charge.

Additionally, Samsung is offering an introductory sale by bringing the smartphone at Rs. 26,999; for the 6GB RAM version and Rs. 28,999 for the 8GB RAM variant on the Diwali sale from Amazon. Besides, the device will officially go on sale from October 3 from Amazon India, Samsung India’s official website. 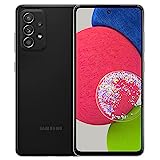 How to Track Friends in Real-Time using Google Maps

How to Move Data to External SD Card in Galaxy Grand