Redmi Note 10 Series is a well-featured pack smartphone from Mi for Indian consumers. The early buyers of the Note 10 Series are witnessing screen flickering issues. Moreover, users have complained about the same thing to Mi India for a suitable fix to the issue.

The surprising fact about this issue that surfaced from Mi India’s survey is, only a small amount of users have encountered screen flickering.

The Note 10 Series features three devices in the lineup that is the Note 10, Note 10 Pro. However, the higher-end variant of the line-up is the Note 10 Pro Max.  The only difference for the Pro Max in comparison with its younger sibling Pro variant is the camera sensor.

Besides, the series offers AMOLED screens and stereo speakers across the lineup. This made the devices popular among mid-range category smartphones in India.

The Note 10 Series users that face the screen flickering issue as Mi India is around 0.001% of total users. The users have not only witnessed screen flickering but have faced touchscreen issues and the slowing of handsets. 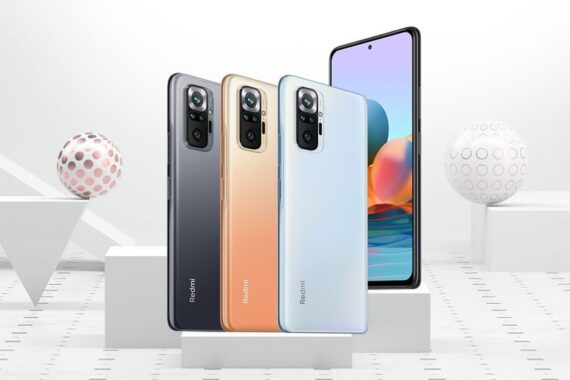 The other two issues mentioned were found on all the models of the Note 10 series. As per some news reports, Mi India has acknowledged the issue and is very keen to bring up a solution for the above-mentioned issues.

Redmi for the first time has introduced AMOLED displays on their Note 10 Series with high refresh rate panels. Except for the regular Note 10 variant, both the Note 10 Pro and Pro Max feature a 120Hz refresh rate display.

But, of all the launches that Redmi ever made in India. The Note 10 Series has a more feature-loaded package in comparison to previous generations. The regular Note 10 comes for Rs. 11,999 which makes it very affordable.

The early users that bought Redmi Note 10 series have taken their issues to Twitter for a wide reach. Some of the users have complained that their device becomes unresponsive on many occasions.

In wake of these tweets, the Redmi Note 10 handset users have reported that their handsets have started to become slow. The device stutters from time to time due to the screen and touch issues that are being acknowledged by Mi India for solutions and fixes.

Our devices go through rigorous tests with a 10-point quality check, to ensure that we meet the highest quality standards. We are looking into the matter on top priority and regret the inconvenience caused to our consumers

There were complaints about the availability of lower storage versions on the Redmi Note 10 series in the past. Many enthusiastic buyers were disappointed as Redmi was playing smart while the sale of the Note 10 series.

Redmi brought the higher storage variants to sale and many users were unable to get their hands on the low storage variants. The service center executive has suggested for one of a user to wait for one or two months for a software fix.