Realme GT Neo 3T smartphone has officially made it to the markets in India. The brand has featured Qualcomm’s flagship chipset, triple cameras, and fast charging capabilities. The device arrives as one of the most affordable mid-range units coming with Snapdragon 870 and 80W fast charging.

The fast charging technology used on the GT Neo 3T can charge the device from 0 to 50% in under 12 minutes with the 80W adapter. The company is bringing the smartphone for sale during the Flipkart Big Billion Days sale in 2022 at a massive discount. Let’s take a look at the features, specifications, pricing, and availability of the Realme GT Neo 3T.

Under the hood, the 7nm Qualcomm Snapdragon 870 SoC paired with Adreno 650 GPU powers the handset. The device runs on the Android 12 operating system with Realme UI 3.0 skin on top.

The camera module of the Neo 3T of the GT series includes a triple camera setup and an LED Flash. The layout features a primary 64-megapixel wide sensor with an f/1.8 aperture and PDAF. The secondary camera on the device comes with an 8-megapixel ultrawide and a 2-megapixel tertiary macro sensor with an f/2.4 aperture. The device’s front-facing camera has a 16-megapixel shooter for selfies and video calling.

The smartphone will go on sale on September 23 at noon on Realme.com, Flipkart, and other mainline channels. Furthermore, the company will provide up to Rs. 7,000 discount during the first sale at Big Billion Days on Flipkart. 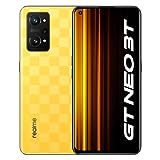 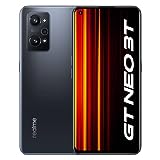 How to Enable Dark Theme in WhatsApp on Android

How to Install BlueStacks without Graphics Card in Windows