Realme GT Neo 2 has arrived in India as a successor for the previously launched GT Neo smartphone in China. Although, the GT Neo wasn’t launched directly in India but was renamed and announced as X7 Max in the country.

The GT Neo 2 features a rear triple camera setup and is powered by a flagship chipset from Qualcomm. The device is a flagship segment smartphone that competes with the likes of Poco F3 GT,  Mi 11X 5G, and Samsung Galaxy M52.

Additionally, the display even features a 600Hz of touch sampling rate with HDR 10+ support. An Octa-Core Qualcomm Snapdragon 870 SoC coupled with up to 12GB of RAM powers the device.

On the storage front, the smartphone comes with up to 7GB of virtual memory; which is a part of the Dynamic RAM Expansion feature. The onboard storage provided on the smartphone is up to 256GB of UFS 3.1 storage.

The camera module on the device is a triple camera setup featuring a 64-megapixel primary sensor; a secondary 8-megapixel ultra-wide shooter, and a tertiary 2-megapixel macro shooter.

Furthermore, the Neo 2 comes with a 16-megapixel sensor housed in the punch-hole of the display for selfies and video calling. The connectivity options on the device include 5G, 4G LTE, Wi-Fi, Bluetooth, GPS/ A-GPS, NFC, and a USB Type-C port.

The Realme GT Neo 2 starts at a price tag of Rs. 31,999 for the 8GB RAM and 128GB internal storage version. The 12GB RAM and 256GB storage variant comes for Rs. 35,999. Both the variants flaunt in three shades of Neo which include Neo Black, Neo Blue, and Neon Green.

This flagship segment smartphone will go on sale from October 17 at midnight from the online retail chain Flipkart and is offered with up to Rs. 7,000 discount for the festive season sale. 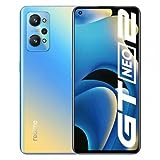 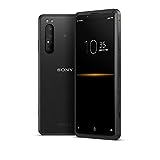