Realme C35, a new budget offering from the Chinese manufacturer, has got an official launch in India. The design of the smartphone at the first glance will trick us; as the aesthetics match with the company’s GT 2 Pro flagship. Moreover, this affordable device from Realme comes loaded with features that you might find in a mid-range device.

The C35 handset has made its first appearance in Thailand and comes as a successor for the Realme C25 in India. This new smartphone from Realme features a Full-HD display, a high-capacity battery; that supports fast charging, and a 50MP sensor in the triple camera setup. Let’s check out the full details of the new affordable offering from Realme.

Under the hood, an octa-core Unisoc Tiger T616 Mobile Platform coupled with Mali-G57 MP1 GPU powers the device. Besides, the storage on the device comes with up to 6 GB of LPDDR4X RAM and 128 GB of UFS 2.2 storage.

Moreover, the front-facing camera on the smartphone comprises a water-drop notch featuring; an 8-megapixel sensor with an f/2.0 aperture with HDR support for selfies and video calls.

The connectivity options of the handset include 4G VoLTE, Dual 4G VoLTE, Dual-Band Wi-Fi 802.11 ac; Bluetooth 5.0, GPS, a USB Type-C port, and a 3.5 mm headphone jack. Besides, the sensors array of the C35 comes with a side-mounted fingerprint scanner, accelerometer, gyro, proximity, and compass.

Furthermore, the device comes with a 5000mAh cell that supports 18W fast charging.

Moreover, the brand will bring the smartphone for the first sale on March 12 at noon from Flipkart and Realme online stores in India. 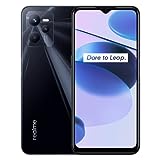 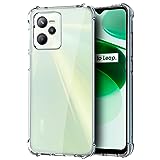 InFocus Launched the Most Affordable Smartphone with 18:9 FullVision Display for Rs.6999