Realme has yet again launched a new handset dubbed as Realme C25Y with affordable pricing in India. The smartphone comes with a Unisoc chipset and rear triple cameras featuring a 50-megapixel sensor. For the pricing, a brand providing a higher-megapixel camera is becoming a trend in contemporary times.

Besides, Realme has gone for a low-powered Unisoc SoC; while competitors bring MediaTek Helio or Snapdragon 600 & 400 Series on the smartphones at the same price. The newly announced Realme C25Y comes as the successor for the previously launched Realme C25 handset priced similarly.

Speaking of the internal components, an octa-core Unisoc T610 chipset powers the device coupled with 4GB of LPDDR4X RAM. The storage options are up to 128GB with expandability via a micro SD card.

The camera department of the C25Y smartphone features a 50-megapixel primary sensor with an f1.8 aperture. The secondary sensor is a 2-megapixel monochrome with an f/2.4 lens and a tertiary 2-megapixel camera with a macro lens.

The cameras on the software front come with features like AI Beauty, HDR mode, Panoramic View, Portrait, Timelapse, Expert, and a few filters. Also, the front-facing camera of the smartphone is an 8-megapixel sensor with an f/2.0 aperture featuring modes like AI Beauty.

The sensors array of the smartphone features a fingerprint sensor, an accelerometer, ambient light sensor, magnetometer, and proximity sensor. The connectivity options on the C25Y include 4G LTE, Wi-Fi 802.11 b/g/n, Bluetooth v5, GPS/ A-GPS, Micro-USB, and a 3.5mm headphone jack. Besides, the battery capacity of the device is a 5,000mAh cell that supports 18W fast charging.

The Realme C25Y comes at a price tag of Rs. 10,999 for the 4GB RAM and 64GB storage variant. The 4GB RAM and 128GB storage version of the same smartphone is priced at Rs. 11,999. Also, the devices flaunt in two different colors; Glacier Blue and Metal Grey.

The pre-orders will kickstart from noon on September 20; and the device will go on sale from September 27 on Flipkart, Realme’s website, and other retail stores. 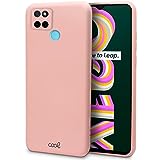 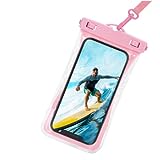