Realme 9 5G Series has launched officially after the consecutive launch of the Realme 9 Pro Series in India. The newly announced Realme 9 5G series comprises; the vanilla Realme 9 5G and the Realme 9 SE 5G (Speed Edition) smartphones. The Speed Edition or the SE version comes as a debut for the Indian market from Realme.

The Realme 9 5G smartphone features a unique Fluid Light design on the back panels; that comes with a six-layer UV grain technique for different color patterns. Realme has diversified the series with the inclusion of both the MediaTek and the Qualcomm chipsets in smartphones. Let’s check the full details of these new handsets from Realme.

The front of the smartphone features a 6.5-inch Full HD+ LCD punch-hole screen; with a resolution of 1080 × 2412 pixels. The display on the device supports a high refresh rate of 90Hz and a pixel density of 405 PPI.

Under the hood, a MediaTek Dimensity 810 5G chipset coupled with Mali-G57 GPU powers the handset. Moreover, the chipset comes with a MediaTek HyperEngine 2.0 that enhances power efficiency.

As the name suggests, the Realme 9 5G Speed Edition comes with a faster processor, display along with fast-charging support. Under the hood, a Qualcomm Octa-core Snapdragon 778G 5G chipset along with the Adreno 642L GPU powers the SE edition device.

Furthermore, a 6.6-inch IPS LCD Full HD+ display covers the front of the device that supports 144Hz refresh rate and a peak brightness of up to 600 nits.

Moreover, the battery capacity of the SE variant comes as a 5000mAh cell that supports 30W fast charging via the provided USB Type-C cable and adapter.

The Realme 9 5G at an introductory price costs Rs 14,999 for its base 4 GB RAM and 64 GB version. Whereas, the 6 GB RAM and 128 GB version costs Rs. 17,499. The smartphone arrives in two different color variants — Stargaze White and Meteor Black. The device will go on sale from March 14th on Realme Stores and Flipkart. 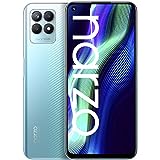 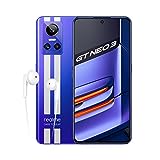 How to Convert Apple Music to DRM-Free MP3 Files