Realme 8s and 8i smartphones along with the Realme Pad tablet got an official launch on September 9th in India. The newly announced smartphones in the 8-series feature few upgrades from the regular variants with a slight price increase. The manufacturer has used the MediaTek processors on all three devices that include the duo of 8-series smartphones and Realme’s first tablet in the market.

The Realme 8s smartphone now goes on sale today at 12 PM a few days after the launch. The design of the smartphone is similar to the previously launched Realme smartphones. The front display on both 8s and 8i features a punch-hole display that accommodates the front camera. The rear has triple camera lenses and comes with a plastic frame on the back with a glass front.

Under the hood, an octa-core 6nm MediaTek Dimensity 810 5G chipset coupled with Mali-G57 GPU powers the device. The storage provided is up to 8GB of LPDDR4x RAM and 128GB of UFS 2.1 storage with microSD expandability.

The connectivity options of the device include 5G, 4G VoLTE, Wi-Fi 802.11ac, Bluetooth v5.1, GPS/ A-GPS, and a USB Type-C port. The sensors of the device feature a side-mounted fingerprint sensor, accelerometer, gyro, proximity, and compass. Also, the battery capacity of this new 5G handset from Realme is a 5,000mAh cell; that supports 33W DART fast charging. 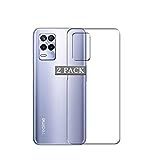 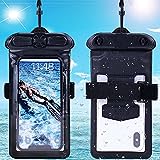 Can Smartphone's Replace a PC - PC or Smartphone ?

OnePlus Discontinues 3T and Promises Support and Updates in Future