Realme 1 succeeded everyone’s expectations to become one of the best in its segment. However, people anticipated an improvement in the specs when they had announced the Realme 2. The company didn’t take their second phone as a true successor. For the same reason, disappointed people bashed the company even when it is value for money.

The true successor to Realme 1 is Realme 2 Pro, which they launched today. Taking the company’s principle to launch value for money smartphones into consideration, let’s analyze the specifications.

Realme 2 Pro Launched as a Real Mi A2 Challenger 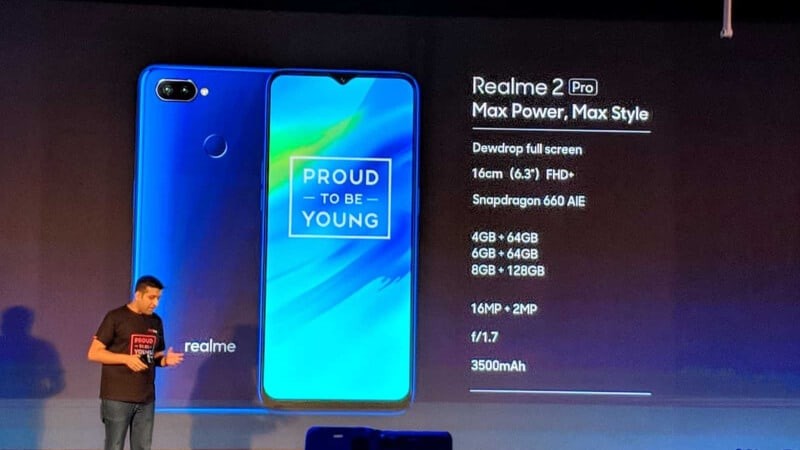 When you consider the specifications of Realme 2 Pro, you will see that the direct target is Mi A2, which is Xiaomi’s second device running on the Android One platform.

As for the specifications, the first thing you notice is the display. It comes with a dewdrop-style notch, featuring a 6.3-inch FHD+ panel. Even if you hate display notches, this one doesn’t really bother you much.

Under the hood, the phone packs in a Snapdragon 660 chipset. For this price, no one regrets bagging a Snapdragon 660. You will get different RAM options up to 8 GB. Moreover, multiple storage variants are available aswell (64, and 128 GB). You can expect dedicated memory expansion also. As you skip to the higher model, you will have to spend some extra money as it is with any other smartphones.

Realme 2 Pro has ColorOS running on it, on top of Android Oreo. The company chief, in an interview didn’t deny the fact that they might develop an exclusive interface for the future devices. He also revealed that his vision is to release an ideal device for every pricing bracket. So who knows? They may release a budget flagship one day. 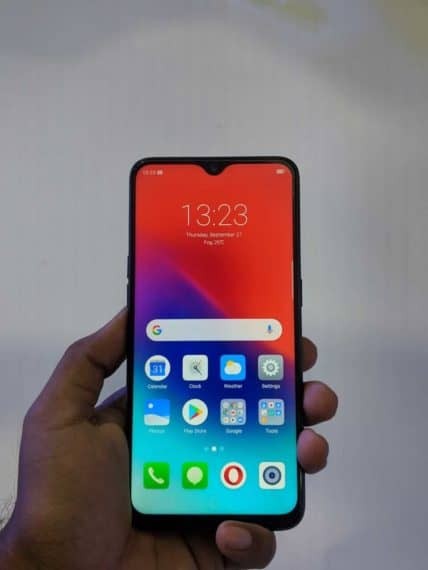 The Realme 2 Pro brings a dual rear camera setup (16 MP + 2 MP) with a single AI front camera (16 MP). The cameras boast AI capabilities, portrait mode and more. We will have to wait whether or not they outperform other phones in this segment.

If you ask people for one improvement they want to see on their smartphone, it will be the battery capacity. Realme 2 Pro features a 3500 mAh battery with QuickCharge support. 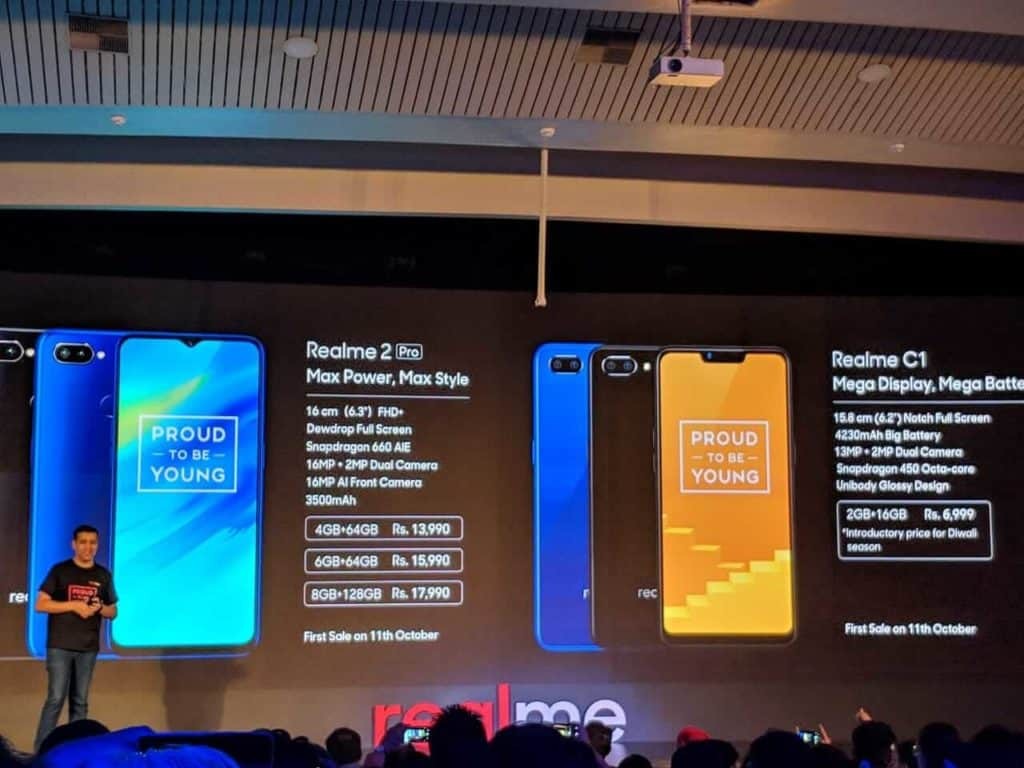 At the end of the event, CEO also announced Realme C1 with basic features priced at just Rs. 6999. Both Realme 2 Pro and Realme C1 are available exclusively on Flipkart and the first flash sale starts on 11th of October.