Realme 10 Pro and 10 Pro+ were launched officially in China as the new smartphones for the mid-range segment. The handsets feature a high-refresh-rate display, 5000mAh battery, and 108MP primary camera. Realme has announced the new Pro variants of the 10th edition after the global launch of Realme 10.

The regular 10 Pro comes with the Qualcomm chipset and the 10 Pro+ smartphones arrive with the MediaTek chipset. Let’s take a brief look at the full specifications, features, pricing, and availability of the Realme 10 and 10 Pro+ handsets.

Under the hood, an octa-core Qualcomm Snapdragon 695 5G chipset paired with an Adreno 619 GPU powers the laptop. Moreover, the device runs on the Android 13 operating system with Realme UI 4.0 skin.

The connectivity features of the handset include 5G, 4G VoLTE, Wi-Fi, Bluetooth, GPS, a 3.5mm headphone jack, and a USB Type-C 2.0 port. Besides, the sensors array of the handset features a side-mounted fingerprint scanner, accelerometer, gyro, proximity, and compass. The smartphone packs in a battery of 5000mAh that supports 33W fast charging.

Under the hood, the MediaTek Dimensity 1080 chipset paired with Mali-G68 MC4 GPU powers the device. Moreover, the device runs on the Android 13 operating system with Realme UI 4.0 skin.

The rear triple camera setup of the Pro+ variant features a 108-megapixel primary wide sensor with an f/1.8 aperture and PDAF. Besides, the secondary sensor on the setup includes an 8-megapixel ultra-wide shooter with an f/2.2 aperture.

The 2-megapixel tertiary sensor used for depth shots gets an aperture of f/2.4. On the other hand, the front-facing camera of the Realme 10 Pro+ comes with a 16-megapixel wide sensor with f/2.5 aperture for selfies and video calling.

Also Read
How to Bypass AdBlock Detection on Any Website Effectively 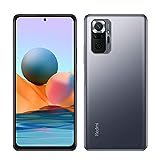 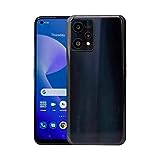 How to Change Spotify Playlist Picture on Android, iOS, and PC