Android Phones with a low-range price and a great performance is a perfect fusion to attract middle-class consumers. Smartphones like Realme 5 and Redmi Note 8 come with Qualcomm’s Snapdragon 665, which provides a satisfactory user experience in the pocket-friendly price of about 200 USD.

But which one is better amongst both? Here we present you a detailed article on Snapdragon 710 vs Snapdragon 665 to know the answer and clarify all your doubts.

Snapdragon 710 vs Snapdragon 665: The Major Differences

Hexagon 685 DSP got a lot of recognition for its enhanced visual and audio experience than standard CPU. Also, it can handle loads of work at lower clock speeds.

However, Snapdragon 665 comes with an upgraded Hexagon version, but Snapdragon 710 is more compelling in aspects of capabilities and performance.

The Snapdragon 665 has an inbuilt X12 LTE Modem that supports Cat 12 Downlink to give a Peak Download Speed up to 600Mbps and Cat 13 Uplink for Upload Speed of 150Mbps.

While Snapdragon 710 has a better X15 LTE Modem than the modem of 665, it gives a higher peak download speed up to 800Mbps and 150Mbps upload speed using the same Cat 15 Downlink and Cat 13 uplink.

Qualcomm never compromises with the security while Upgrading the present versions of their chipsets. However, it seems with Snapdragon 710 vs Snapdragon 665, they didn’t pay attention to the security part.

Both the chipsets come with the same Security features as the previous versions. Application Security by Qualcomm Processor Security to give privacy and security to installing apps.

Besides, users will find the same Content security, Hardware Token, Face lock feature and Qualcomm Fingerprint Sensors in both the Snapdragon processor.

It also comes with the same memory of up to 1866 MHz. Although Snapdragon 710 has a better CPU, it provides multitasking capability and better performance than Snapdragon 665.

On the flip side of the coin, Snapdragon 710 comes with a better ISP than Snapdragon 665, which is Spectra 250. It supports 20MP Dual Camera and 32MP Single-Camera that a user can upgrade up to 48MP and 192MP. Also, it can support the same features available in Snapdragon 665. 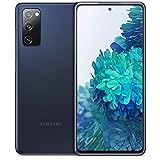 No doubt, smartphones having Snapdragon 665 chipset are a better option for consumers who are looking for a budget phone. It gives a decent performance with some notable features in a pocket-friendly price of 200 USD that sounds like a good deal.

Although, the latest smartphones with snapdragon 665 can cost you more than double the price. e.g. Samsung Galaxy A70 with the price of about 22,800INR on Amazon.

Also, if we compare these both chipsets, we see that Snapdragon 710 comes with better performance and enhanced features than Snapdragon 665.

For example, it comes with a  Kryo 360 CPU, Adreno 616 GPU, Process technology of 10nm, better ISP and clear Display resolution.

In short, If you’re able to raise your budget a bit, Snapdragon 710 should be your preference over Snapdragon 665. However, Qualcomm announced the latest and more reliable versions of Snapdragon processors that one must check before buying a smartphone.

A passionate writer and a keen observer of things. Besides his work, Jaskaran loves to spend a good time with his closed ones. In his free time, He likes to read books, gain knowledge around digital marketing, and watch anime.