Qualcomm Smartphone for Snapdragon Insiders is a new edition of smartphone from the leading mobile chipset maker. The manufacturer has allied with ASUS which does mobile manufacturing and brought this smartphone into existence.  However, the smartphone may not be available to the general public as per the announcement from Qualcomm.

The chipset maker has made this smartphone with ASUS for the company’s loyalty program called Snapdragon Insiders. The program consists of up to 1.6 million members; which got an announcement in March.

In addition to all the exclusivity, the smartphone has all the high-end specifications that a flagship device would bear. In fact, Qualcomm has included some of their major technologies and true wireless stereo (TWS) earbuds.

The display comes with HDR10 and HDR10+ certification. Additionally, the display has 11.23 percent of DCI-P3 and 106.87 percent of the NTSC color gamut.

Speaking of the internals, a Qualcomm Snapdragon 888 SoC coupled with Adreno 660 GPU powers the device. The storage on the device is 16GB of LPDDR5 RAM and 512GB of UFS 3.1 storage. The smartphone runs on the Android 11 Operating System with StockUI. Qualcomm has fitted dual stereo speakers with a smart AMP and Snapdragon sound. The microphones stationed on the device are quad HDR microphones with a 114dB dynamic range.

The camera setup is a triple rear camera setup consisting of a 64-megapixel Sony IMX686 primary sensor with an f/1.8 lens. The secondary sensor on the setup is a 12-megapixel Sony IMX363 sensor with an f/2.2 ultra-wide lens; and a tertiary 8-megapixel telephoto shooter. The front-facing camera has a  24-megapixel sensor for selfies and video calling. Also, the primary and telephoto rear sensors feature optical image stabilization (OIS).

The connectivity options on the Qualcomm Smartphone are 5G, 4G LTE, Wi-Fi 6, Wi-Fi Direct, Bluetooth v5.2 with aptX Adaptive support, NFC, GPS/ A-GPS/ NavIC, and a USB Type-C port. The device even features all the components from Snapdragon that are nitpicked by other smartphone manufacturers. The components included are a third-generation Snapdragon X60 5G modem as well as support for all key 5G sub-6 and mmWave bands.

The sensors department is quite full on the Snapdragon device which includes an accelerometer, ambient light sensor, gyroscope, magnetometer, and a proximity sensor. In addition to these sensors, there is a Qualcomm 3D Sonic Sensor Gen 2 fingerprint sensor on the back. The battery capacity of the Qualcomm Smartphone is a 4,000mAh cell that supports Qualcomm Quick Charge 5.0 charging support.

Also Read: How to Turn Off All Sensors on Android With Quick Settings Tile

On the whole, the Qualcomm Smartphone for Snapdragon Insiders comes with a price tag of $1,499. There is a single variant of this smartphone which is the 6GB RAM and 512GB storage. The single color option of the smartphone is Midnight Blue.

Qualcomm is planning to bring this smartphone to Asus’ online and offline retail chains starting from August. The device will initially land in China, Germany, Japan, Korea, the US, and the UK, later in India. 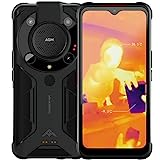 Honor View 10 India Pricing Got Listed on the Official Store