The successor for the last year’s X3 Pro has arrived in India, launched as the Poco X4 Pro 5G. The smartphone has got an initial announcement at the MWC 2022 in Barcelona last month. The Global variant and Indian variant differ in the camera department; the rest of the features are all the same on the smartphone.

The design is a complete makeover from the predecessor, with the camera layout placed on the top left on the back. Let’s have a closer look at the Poco X4 Pro 5G Specifications, Features, Price, and Availability.

Under the hood, an octa-core Qualcomm Snapdragon 695 chipset coupled with an Adreno 619 GPU powers the device. The storage of the device features up to 8 GB of LPDDR4x RAM and up to 128 GB of onboard UFS 2.2 storage.

The device supports dual sims and runs on MIUI 13 based on the Android 11 operating system. The device even features dual stereo speakers and has two microphones for noise cancellation.

The camera module on the X4 Pro comes with a triple camera setup that houses a primary 64-megapixel Samsung ISOCELL GW3 sensor with an f/1.8 aperture. The global variant of the Poco X4 Pro, however, features a 108MP primary sensor.

Besides, A secondary 8-megapixel ultra-wide shooter and a 2-megapixel macro shooter. The front-facing camera on the X4 Pro 5G features a 16-megapixel sensor with an f/2.45 aperture for selfies and video calls.

The device flaunts in Laser Black, Laser Blue, and Poco Yellow color variants. The smartphone will go on sale from April 5th via Flipkart in India. 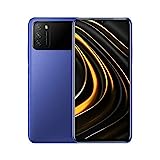