Poco, previously known as Xiaomi’s sub-brand launched its second smartphone in India. Recently, Xiaomi announced Poco as an individual brand and after a few weeks of the announcement it launched Poco X2. As speculated the Poco F2 is the rebranded version of Redmi K30.

The most awaited smartphone Poco X2 launched with Snapdragon 730G processor coupled with 6GB and 8GB RAM and 64GB, 128GB and 256GB onboard storage. 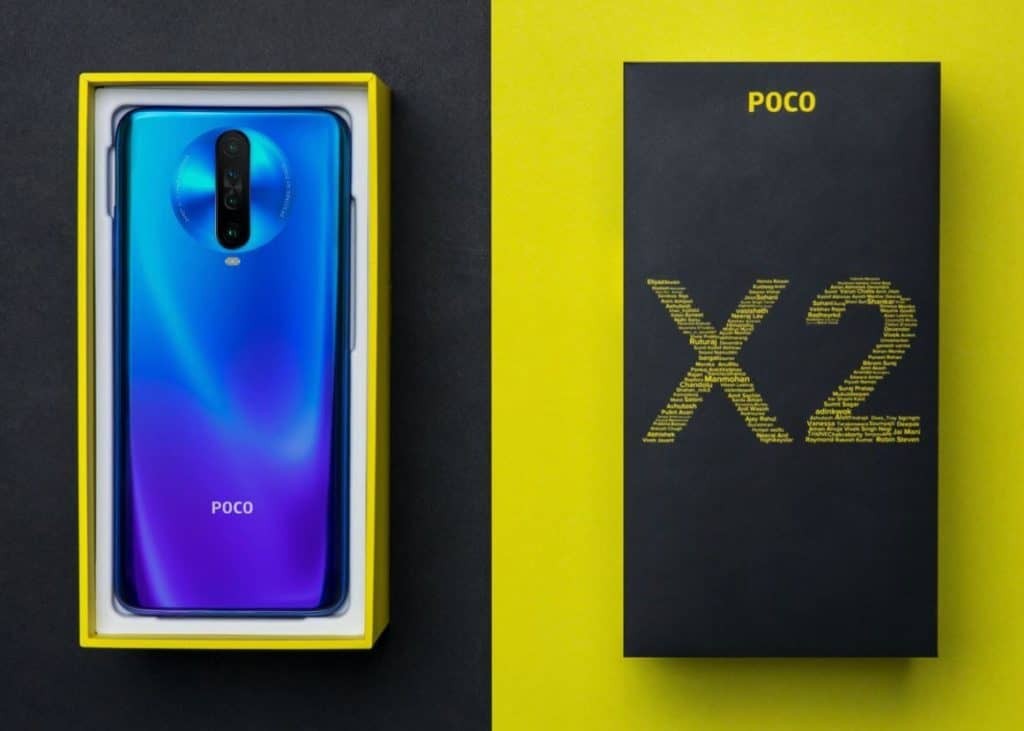 The Poco F1 came in India with its killer specs and became the most loved smartphone. The Poco X2 comes with a 6.53-inch Full HD+ display with a resolution of 2400 x 1080 pixels.

The device has a refresh rate of 120Hz and a 20:9 aspect ratio. The device comes with HDR10 certification. To protect the smartphone it has Corning Gorilla Glass 5 from both sides.

The phone has been powered by the Snapdragon 730G processor which is an octa-core CPU and combined with Adreno 618 GPU.

The 730G is a gaming processor from Qualcomm with LiquidCool technology. We already have Realme X2 from Realme which also comes with the same Snapdragon 730G processor.

The device is aimed at smartphone gamers. Which is paired with up to 8GB of LPDDR4X RAM and up to 256GB of UFS2.1 onboard storage. However, the smartphone has a hybrid SIM slot for storage expansion. On the optics department, the Poco X2 sport quad-camera setup at the back. According to Poco, Poco X2 becomes the first smartphone in India to feature Sony IMX686 64MP wide-angle sensor.

The phone also has an 8MP ultra-wide-angle lens, a 2MP macro lens, and a 2MP depth sensor. Further, it also has a VLOG mode which may be useful for vloggers.

Additionally, the phone has a side-mounted fingerprint sensor. The device is P2i splash-proof and runs on Android 10 out of the box.

The smartphone has a 4,500mAh battery which supports 27W fast charging. The good thing is you’ll get the 27W charging adapter included in the box. The phone comes in three colors Matrix Purple, Phoenix Red, and Atlantis Blue color.