OnePlus Nord CE 2 5G handset got an official launch in India coming with a MediaTek Dimensity 900-series 5G chipset. The smartphone launched alongside the new Smart TVs from OnePlus; where the newly announced TVs come as the OnePlus TV Y1S and OnePlus TV Y1S Edge.

The new 2nd generation Nord Core Edition smartphone from the brand arrives as a successor for the previously launched OnePlus Nord CE last year. The Nord CE 2 as the name suggests comes as an affordable pick; when compared to the original Nord 2 with slight tweaks with the internals and design.

The OnePlus Nord CE 2 5G boasts a 6.43-inch full-HD+ Fluid AMOLED display with a screen resolution of 1080 x 2400 pixels. The display comes with a few features such as a 90Hz refresh rate panel along with Display P3 color gamut, sRGB, and HDR 10+ support.

Besides, the display on the front and the back glass gets the Corning Gorilla Glass 5 protection. Under the hood, an octa-core MediaTek Dimensity 900 5G SoC with ARM Mali-G68 GPU powers the handset.

The triple camera setup on the rear of the Nord CE 2 5G comes with a 64-megapixel main sensor with an f/1.7 aperture and a 0.7-micrometer pixel size. The secondary sensor on the setup features an 8-megapixel ultra-wide angle shooter with a 119-degree field of view and an f/2.2 aperture.

The device goes on sale from February 22 through Amazon, OnePlus Stores across India. 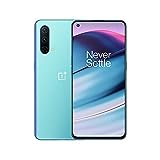 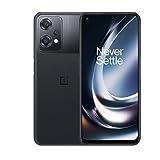 Top 30 business management Apps for your Android Phones and Tablets