Clipt is the newly announced application from the smartphone manufacturer OnePlus. The company’s OneLab team has officially developed the application. The application can share text, images, and files between your phones, tablets, and laptops. The service helps you maintain a clipboard-like functionality across multiple devices.

With the use of Clipt, users can easily send a text directly by copying and pasting the same on the application. The text reflects on the device with the application installed. In this way, users can seamlessly exchange files from one device to another without any issues. The app uses Google Drive Account for maintaining links between devices. The application has some handy features that allow users to transfer their files easily. 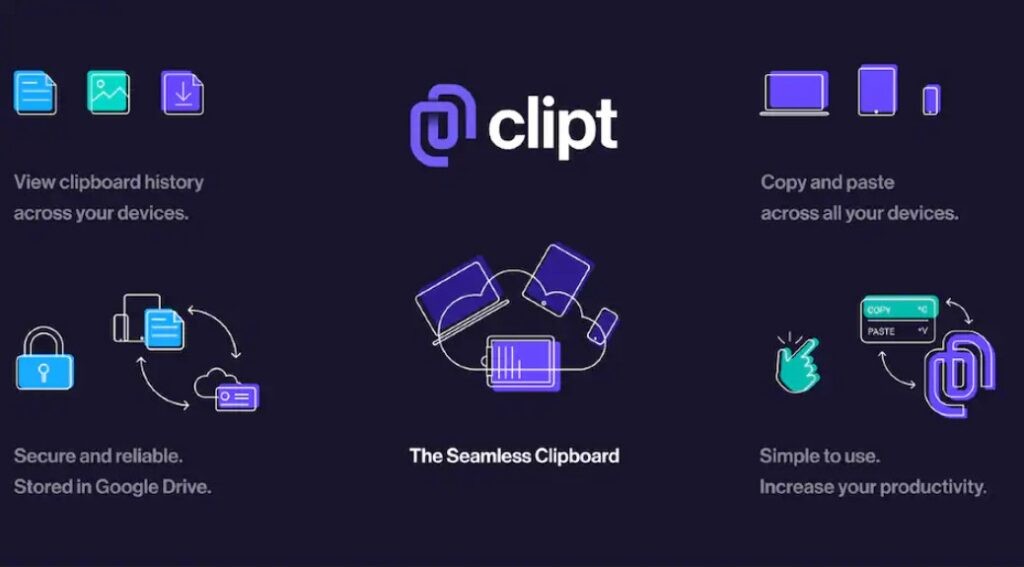 Clipt by OnePlus, Supported devices, and Other Details

Clipt is available for download on Play Store for Android smartphones and tablets. Furthermore, users on Windows and macOS can install the Clipt extension on their favorite web browsers. The Android users that install the application have to link it with their extension on the browser. This way users can efficiently exchange files like images, videos, text messages from their mobile to laptop and vice versa.

The OnePlus officials about the launch of Clipt application say:

In the permissions, you’ll see we request the read and write of your Google storage, but Clipt can only download the files it creates as it’s siloed.

In the app or extension we keep the last 10 items available to you, but after that it auto deletes so it won’t fill up your storage.

The new application launched by OnePlus helps users that face issues while transferring data from one device to another. The application terminates the need of sending an email to yourselves for sending important documents or images. The files can directly transfer to your device from your mobile in a jiff. The user can connect their account to as many devices as they want for transferring files. 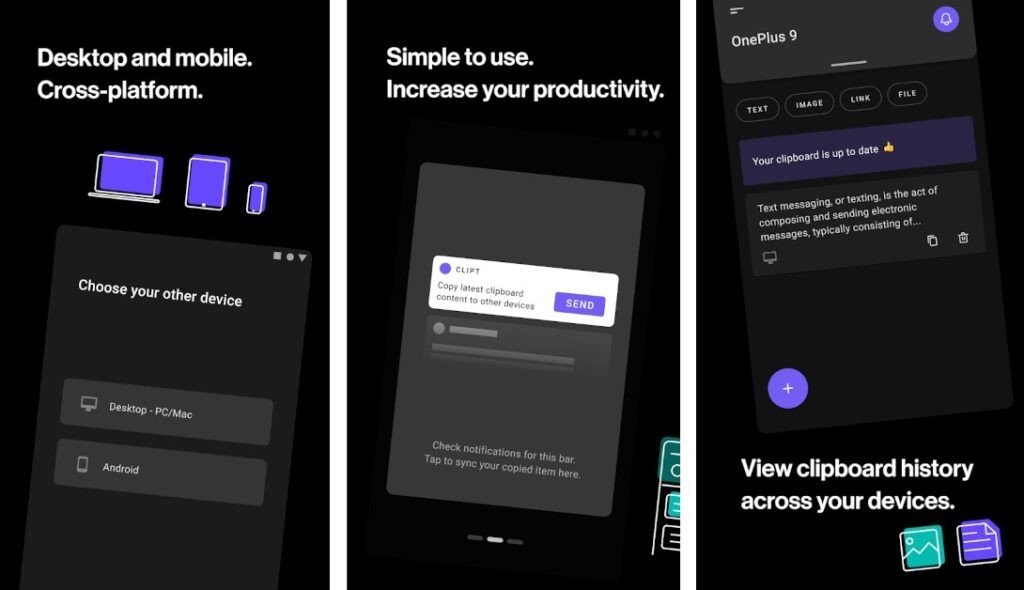 Apple has an ecosystem for its iOS and macOS devices where every file, image, and contact are synced across the devices. Even Microsoft has a Phone Companion application that can sync your Android smartphone to the Windows device.

The Phone Companion even works for iOS users that want to sync their device on Windows. The Clipt application works similarly but is only used for file transferring. The application will arrive soon on an iOS device.