Nokia is all set to launch a new smartphone in the industry very soon. Earlier this week, the Finnish smartphone giant sent invites in Taiwan for a new launch event which is scheduled for April 2. This event could well be for the launch of Nokia newest, the X71.

We do know, however, that Nokia X71 is just the code name for this smartphone. Previous rumors suggested that the Nokia X71 might be named as Nokia 8.1 globally.

Nokia X71’s design has already been leaked by 91Mobiles along with renowned leaker @Onleaks. From the leaked design, we can notice a minimal bezel front design on this smartphone along with the in-display camera like the Galaxy S10 series. On the bottom bezel, we get the Nokia branding which is seen on most of their previous smartphones.

Going to the rear, we will get a triple camera setup. But we also have reports suggesting that the primary camera of this setup will be a 48MP sensor. Coming to the Geekbench listing of Nokia X71, we can see the smartphone is powered by Snapdragon 660 processor. In terms of RAM, the smartphone will have 6GB of it in at least one variant.

The listing also reveals that Nokia X71 will come on top of Android 9.0 Pie. We can also assume that this device will be based on Google’s Android One program.

This is because Nokia has committed all its future smartphone to the Android One program. As for the scores, Nokia X71 scored 1455 in the single-core test and 5075 in multi-core test which is quite decent.

At the moment, we only know that this smartphone could launch at the April 2 event in Taiwan. We do not know anything about this smartphone’s global launch including in the Indian markets. However, we can assume that the Nokia X71 will give a stiff competition to likes of Redmi Note 7 Pro or Realme 3 Pro.

Because we already know that Redmi Note 7 Pro also has a 48MP primary camera at the back. It remains to be seen, though, about Nokia’s pricing for this smartphone. As it plays a major role in smartphone buying factor by the customers. 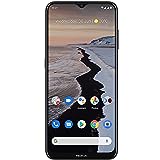 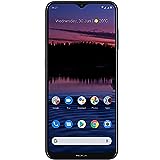