Nokia C20 Plus has launched officially in India in the budget pricing category by HMD Global. The device is an upgrade to the previously launched Nokia C20 smartphone. The C20 Plus model has already made a debut last month in China.

Nokia has announced the C20 smartphone globally in April but didn’t bring the device to India.  HMD Global has also scheduled the launches of the Nokia C01 Plus, Nokia C10, and the Nokia XR20 in India.

The C20 Plus smartphone sports a 6.5-inch HD+ display with a resolution of 720 x 1600 pixels. The display has a 20:9 aspect ratio and features a waterdrop notch to accommodate a front-facing camera. An octa-core Unisoc SC9863a SoC powers the device along with 2/3GB of RAM and 32GB of internal storage. The device runs on Android 11 Go edition which is a lighter version of Android.

The camera module on the C20 Plus is a dual-camera setup consisting of an 8-megapixel primary sensor and a 2-megapixel depth sensor along with an LED flash. Also, the camera can support video recording in 720p resolution at 30fps. The front-facing camera on the device is a 5-megapixel selfie sensor present in the water-drop notch of the display for selfies and video calling.

The connectivity options on the C20 Plus include 4G LTE, Wi-Fi 802.11 b/g/n, Bluetooth v4.2, GPS/ A-GPS, FM radio, Micro-USB, and a 3.5mm headphone jack. The sensors array on the device features an accelerometer, ambient light, and a proximity sensor. Also, the battery capacity of the Nokia C20 Plus is a 4,950mAh cell; that supports 10W fast charging with the in-box provided charging adapter.

The device is available for sale at offline retail stores, Reliance Digital, and Jio Point. Jio is offering a 10 percent discount and other benefits of Rs. 4,000 as a launch offer. 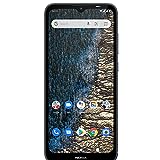 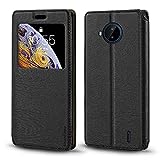 How to Adapt to Upcoming Tech Innovations to Save your Company