Have you been one of the Nokia Lovers? Let me be frank, Windows Phones are kind of a flop. But Never mind, Nokia is planning to rule the smartphone world again with its brand new Nokia C1 which would run on Android 6.0 Marshmallow. Today I’m going to tell you about Nokia C1 that is making round in the ears of tech lovers. Here are Nokia C1 specifications, features, price and release date. 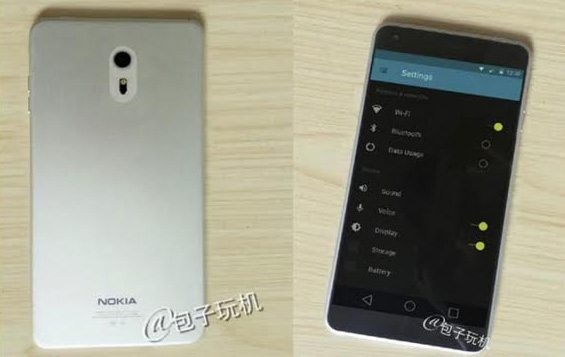 The new Nokia C1 is expected to be launched in the early months of the next year during Mobile World Congress. It will be interesting to see with what specification the Android smartphone will come up with. We will provide you with the specs of the anticipated Nokia C1 Android phone.

Here are complete Features of Nokia C1 Smartphone from Nokia. Hope this phone will have a good build quality and high quality smartphone.

The screen to body size ratio of the phone seems to be perfect as seen in the leaked images of the phone in the Chinese website. On the surface of the phone, navigation buttons will be available. The phone appears to be like the smaller version of Nokia N1 tablet with a 5- inch FHD screen. The resolution of the phone might be 720 X 1280 pixels. The overall design of Nokia C1 Android Smartphone looks sleek and beautiful. The screen comes with Gorilla Glass 3.

Nokia C1 the latest Android 6.0 Marshmallow as the operating system to give the Nokia users a fresh experience. This is a big move and shocking news for everyone, Yes, Nokia is releasing their mobiles on Android.

Update: Nokia C1 is coming in two variants, One will run on Windows 10 while other will run on Android 6.0

The processor of the phone will be of Intel Atom with 2GB RAM which will make the multitasking easy. Nokia tried hard to minimize the heating issues. You can expect this mobile to run smoothly without any lagging.

Nokia C1 will be flaunting 8MP primary camera and a 5MP front camera (secondary camera) for selfie lovers. The camera will be having autofocus and LED flash along with geo-tagging and touch focus. Videos can be recorded with [email protected]

With 32 GB internal storage space will never be a problem for the users. Nokia N1 supports external micro SD card up to 64 GB. This is quite enough to store all important data.

Nokia N1 supports 4G LTE technology. It is a dual SIM mobile (micro SIM). It has a universal USB port to sync data between mobile and computers.

Nokia C1 is expected to have a non- removable 3100 mAh Li-Ion battery. May be this might be the one of the best smartphone with such huge capacity. It lasts for one full day even on heavy browsing.

Other Specs of Nokia C1

The only source about the information of the phone has predicted the phone might have sensors like accelerator, proximity and compass. Nokia C1 will be having 3.5 mm jack like many other smartphones. It may have wireless charging technology and NFC. WiFi, Bluetooth, Hotspot are common as usual.

Nokia C1 is expected to be released on February 5, 2017. Unlike Motorola, Nokia C1 can be purchased on both online store and local offline stores.

The Nokia C1 Android smartphone boosts about all the basic stuffs in an Android phone that is available in the present market. Therefore, it is expected that the phone will be available in a price that is neither too low nor too high, the price will lie in the mid-range. The phone might prove to be a boon for all the people who have a low budget, and we’re not sure of it. Here are our expected Nokia C1 price list.

Let us know how you feel about Nokia’s comeback with Android in the comment section.